Ireland weren't the only international side reverting to type last night. At Wembley, England managed to have two players sent off and lose their Nations League match to Denmark. England beat the top ranked side in the world on Sunday but this result felt like something from the pre-Southgate era. England lacked a distinct creative spark but Jack Grealish - winner of a now-famous man of the match award in England's win in a friendly over Wales last week - remained rooted to the bench, as he did against Belgium Sunday. After the England defeat, UK football Twitter turned into a gathering of the Jack Grealish appreciation society.

Mystery how Jack Grealish could have been so sparkling against Wales - and then not play another minute in the next two games , even with the team crying out for a creator tonight.

IF Grealish is fit, Why? Seriously Why????

Jack Grealish has created 101 Premier League chances since the start of last season, more than any other English player.

Should be one of the first names on the team sheet. 🏴󠁧󠁢󠁥󠁮󠁧󠁿 pic.twitter.com/GjpukAP88X

Is the Villa player really the answer to England's attacking woes? Roy Keane was in the ITV studio last night watching the match along with Ian Wright. When asked about Grealish's brilliance and his role in Southgate's system, Keane said he was 'intrigued' about the outcry for the former Ireland U21.

Jump to three minutes to watch.

Keane said: "I am intrigued! You have said he has played 14 minutes of competitive football for England yet all of a sudden - and I know Wrighty loves him and we all know he's got a chance of being a very good player - it’s like he’s the messiah! The messiah of England!"

It's a pretty good point. Back in August, some wondered if Grealish would ever make an England appearance under Southgate. Two caps later and he has assumed the same role he had for Ireland during his U21 days: the saviour of the nation.

Keane finished by calling on England to 'man up' and saying Grealish will need patience.

"Jack will get his time. There are other games coming up...Jack will have to be patient." 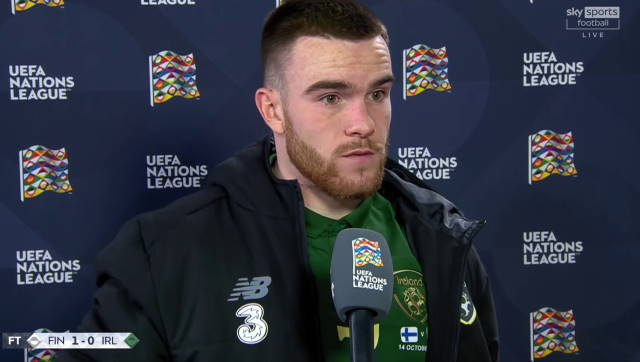