Roy Keane Has Been Taking The Piss Out Of Tottenham Again 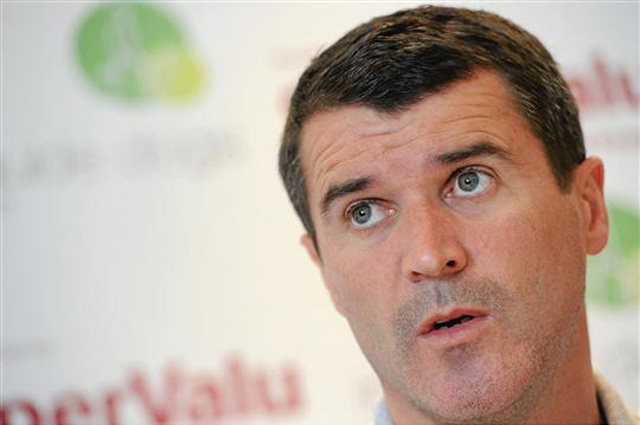 Roy Keane had some harsh words to say about Tottenham Hotspur during the media tour to promote his second biography The Second Half.

Last night at a Q&A in London, the former Man Utd captain came clean about his feelings towards Sir Alex Ferguson following the breakdown of their relationship. Keano explained that, contrary to popular opinion, he didn't resent his former manager. He revealed that they both shared a common vision for Manchester United and their opponents, including a stance that Spurs aren't really all that good.

The Corkman told an anecdote of one of Fergie's team talks before an encounter with Tottenham.

I thought I knew what the group might need, that we didn’t need a big team talk. It was Tottenham at home.

I thought please don’t go on about Tottenham, we all know what Tottenham is about, they are nice and tidy but we’ll fucking do them. He came in and said: ‘Lads, it’s Tottenham’, and that was it. Brilliant.

He went on to sound his appreciation of the Scott's ability to gauge exactly what the team needed to hear before a match, regardless of who the opposition was.

This wasn't the first time Keano has spoken out against Spurs. He appeared as a pundit for the North London club's 2-0 FA Cup loss to Arsenal last season. Spurs turtled up and took a comprehensive beating from their bitter rivals that day in what Keane described as a 'typical Tottenham performance'.

He is so unrelenting with the vitriol in this clip that he appears to be on the cusp of starting a round of Stand Up If you Hate Tottenham before being cut off by the host.

Keane also admitted that he shared some traits with Ferguson in terms of their views on Man Utd as a club. However, he attributes their falling out to this very fact.

Me and Alex Ferguson, we had the same type of traits, of what Manchester United was about. I think that probably created the problems towards to the end. We almost knew we were coming to the end.