Roy Keane Hasn't Bought In To The Stephen Kenny Era Yet

The feel-good factor around Stephen Kenny's Ireland has been growing and growing in recent months - but one man who hasn't bought into the hype is former Ireland captain Roy Keane.

Keane appeared at a charity event in Kerry this week and was asked for his thoughts on the current Ireland manager - and his answer did not suggest he has high hopes for this Ireland team.

As he approaches the 18-month mark in charge of Ireland, Stephen Kenny is slowly starting to reap the rewards of his work with the young squad at his disposal. An encouraging draw with Portugal was followed by an away win in Luxembourg earlier this month to recover third place in their World Cup qualifying group.

The fact that third place was the ceiling for this Irish team is unfortunate, and Kenny's men are surely ruing their failure to convert chances in the home games against Luxembourg and Azerbaijan, which could have changed the complexion of the group.

2-0 IRELAND
Well, that was pretty as a picture.
Ogbene starts it and finishes it, but in between there is a beautiful Hendrick pass and delicious Knight flick.#LUXIRL #rtesoccer
📺https://t.co/tuL8bEWhuT
📻https://t.co/mcphJPwdgQ
📱https://t.co/Vyy8I2aIt8 pic.twitter.com/CqWrfjpWdp

One man who doesn't see reasoning for the optimism around Stephen Kenny's Ireland is Roy Keane. Former Manchester United man Keane appeared at a fundraiser for the Kerry Hospice this week and, when asked about Kenny's 18 months in charge, he was less than enthused:

I think they're doing okay and if okay is fine for everybody else in Ireland, then good luck to them. Along the line at the top level of football, I thought winning was part of the package. Maybe I'm wrong.

Football is about opinions. He has the Irish press on his side, especially the Dublin lot, but at the top level it is about getting over the line and winning games.

Keane served as assistant manager for the Irish team for five years from 2013 to 2018, a spell which took in the run to the knockout stages at EURO 2016.

He is not the first to question the narrative around Stephen Kenny, with Liam Brady also fighting against the tide earlier this month when he said he felt Kenny hadn't done enough to warrant a new contract.

Regardless of Roy Keane's thoughts Stephen Kenny has, if nothing else, steadied the ship after a rocky start to life as Ireland manager. There will reach a point, however, when Roy Keane will not be the only one looking for results from this Irish team and manager.

SEE ALSO: Louise Quinn Sums Up Just How Much Support For Ireland WNT Has Changed 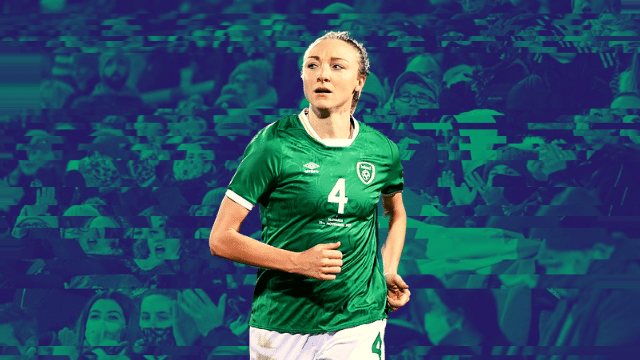