The Last Days Of Roy Keane As Sunderland Manager

“It still saddens me. I still think I should be the manager at Sunderland. I really liked the club, and I liked the people.” These words are taken from Roy Keane’s second autobiography The Second Half, published in 2014.

Reading this, you can’t help but feel a hint of sympathy for Keane, although he would hate you for it.

A few pages later he mentions how he told Dwight Yorke “to go and f**k himself”, when he had sent Keane a good luck message after Keane's departure. Maybe we’ll just park that sympathy for the time being.

Keane's confrontational nature was a blessing throughout most of his playing career, but as a manager his incapacity to find middle ground or to just 'let things go', was often a curse. This appears to be the case with Sunderland exit.

After leaving Sunderland, his 20 months at Ipswich were ineffective. He has not worked as a manager since. As recently as last weekend, Keane was saying he was still interested in management.

“I’ve had management opportunities but not the ones I want. I want to have a bit of freedom, not answering to nobody."

That 'bit of freedom' is something only the world's elite managers enjoy. As Keane found in the autumn of 2008, when millionaires invest in football clubs - even American millionaires - they'll often expect a say in how the team is run.

Last days at the Stadium of Light

The term ‘failed manager’ is often bandied around when Keane’s managerial career is the topic of conversation.

How would Keane have fared if he had not left the Black Cats in December of 2008? Would he have kept them in the Premier League as they managed to do in the next nine seasons without him? Or would Keane’s struggles have continued like they did in his next job with Ipswich?

It is clear that Keane felt an attachment to Sunderland, and that he believes that the retrospective on his managerial career would be different he had stayed and made it work. 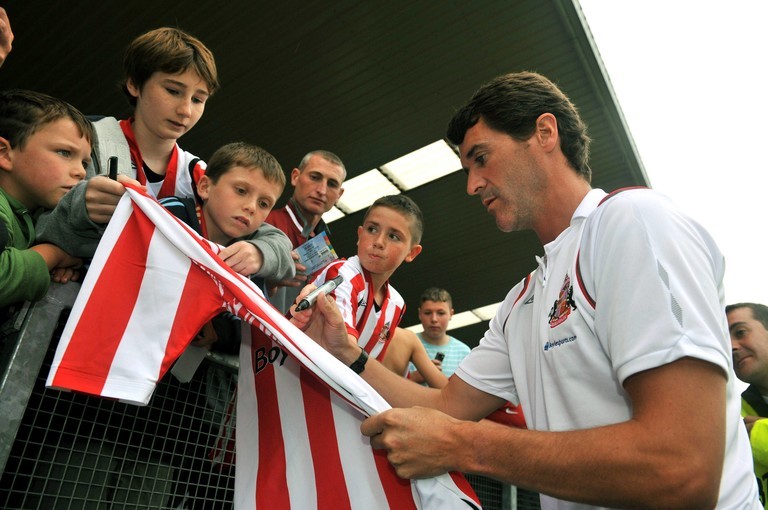 Keane’s version of events make it out that he was a victim of a few unlucky results that changed the mood around his ability to move the club forward. A last minute equaliser from Arsenal in October, a loss to Portsmouth in November when Sunderland dominated. Then his final game in charge, a 4-1 loss at home to Bolton, where the away side only had four shots on target. Sunderland had lost 5 of 6 and were 18th in the table.

There were certainly dark clouds gathering on the horizon that autumn. Keane had ended up in a row with Jack Warner over Dwight Yorke's international status. There was a League Cup victory over Northampton Town in penalties that flattered Sunderland.

But the biggest change was the arrival of new owner, American businessman Ellis Short, who had purchased 30% of the club. The Missourian had a different approach to the Irish consortium how bought the club in 2016. Short took a more hands-on approach to his role, and according to Keane would frequently message him regarding footballing matters.

It was the last of these conversations that Keane says ultimately lead to is departure. Short wanted Keane to move his family to Sunderland from Manchester, claiming that Keane was only coming up once a week. Keane wouldn’t be told what to do, and the conversation ended badly.

Michael Kennedy, Keane’s agent, informed Sunderland Chairman Niall Quinn of his client's unhappiness. Keane was told that assistant coach Ricky Sbargia would be taking charge of the next game and that Keane wouldn’t be coming back. Quinn would sort the contracts out, and that was the end. 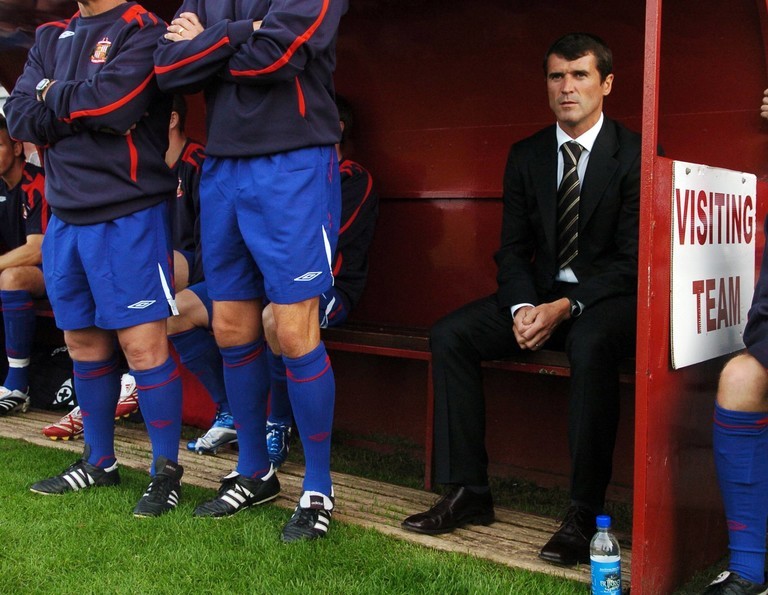 Importantly, these are Keane’s versions of events. He was in an unworkable situation and he left by mutual agreement. But reports from the time tell a different story.

An article from the Telegraph claimed that, 'Keane is understood to have announced his departure by sending club chairman Niall Quinn a text message. Quinn made several attempts to contact Keane to try to change his mind, but his calls and texts went unanswered.'

The same article reported that players celebrated at the news of his departure, and that he had 'ruled by fear', alienating many players within the club.

This lack of understanding towards players and staff, and an unwillingness to work with people with different view points, undermine Keane’s ‘belief’ that he was disappointed to have to leave the club.

Perhaps it was for the best the band aid that was his job at Sunderland was ripped off, giving fresh air to what was clearly an infected and toxic wound.

Who ripped the band aid off? Maybe it was Quinn and Short, as Keane suggests, but he certainly didn’t cry or complain while they were doing it.

Alas, he can look back on the Black Cats days with many fond memories, and despite the acrimonious ending, his achievements with Sunderland still remain his finest as a manager.

From famously winning the Championship and gaining promotion to the Premier League to beating arch-rivals Newcastle for the first time at home in 28 years, Keane can look back on these days with a certain amount of pride.

Sunderland currently sit 5th in League One, and have been languishing in the 3rd tier of English football for the last three seasons. Its downfall is the stuff of football legend and Short's ownership of the club would eventually prove disastrous.

Funnily enough, Keane might be the perfect personality for Sunderland as it tries to lift itself out of League One. Would the Corkonian even entertain the idea of a rematch with the struggles of managing this proud Northern club? We jest, although a Sunderland side in 2021, filled with an unholy amount of Irish and Trinbagonians with Keane at the helm would certainly make for an extraordinary third season of Sunderland 'Til I Die.