Roy Keane wasn't phased by anybody when he took the pitch. He had huge respect for some of his opponents, but he never seemed to view anyone else as anything other than his equal.

Considering this, it's not a massive surprise that you can't recall too many incidents of him swapping jerseys down through the years. It's not something you could picture the Cork man doing after going to battle with someone for 90 minutes.

As it turns out, he only asked an opponent for his jersey once. It didn't go too well.

Appearing on Gary Neville's The Overlap for a wide-ranging conversation, Roy Keane revealed that the only player he ever asked to swap jerseys was Germany's Matthias Sammer, who he faced in friendly before the 1994 World Cup.

Despite not even really wanting to swap in the first place, the experience made sure he would not do so again over the remainder of his career.

I've asked one player to swap a jersey, which I regret.

We played Germany with Ireland, pre World Cup 94 in a friendly. It was after the game, and we beat them to be fair.

He was walking off and I was only being polite. It was the sweeper, [Matthias] Sammer, and he said no. I went 'ya fucking prick' anyway.

That was it. I just thought 'I shouldn't be asking anybody'. I was only being polite, it's not that I wanted his jersey.

If I really wanted to swap with someone it probably would have been [Zinedine] Zidane or somebody. After that I thought it was stupid swapping jerseys really.

With Zidane, I remember we played him with United and obviously he's a brilliant player. After the Madrid game we were walking up, I was looking at him and he was looking at me.

I was thinking 'he might ask me', he didn't and I'm glad. That's the only other time I thought 'will I, won't I' and I just thought no leave it.

Of course, Keane isn't exactly one for being overawed by people. In fact, he admitted during the interview that he hates people coming up and asking him for pictures or autographs out in public.

It's something he wouldn't dream of doing himself.

People who invade with their phone or jerseys, I think you're just annoying...

It's not a respect thing. The people who respect you leave you alone.

If I saw Bob Dylan coming down here with his guitar, I'd probably say 'alright Bob' and let him walk by. I wouldn't be like 'oh can I get a photograph Bob' because I'm pretty sure I'd know what he'd say.

SEE ALSO: Roy Keane Explains How His Attitude To Diet And Alcohol Changed At Man Utd 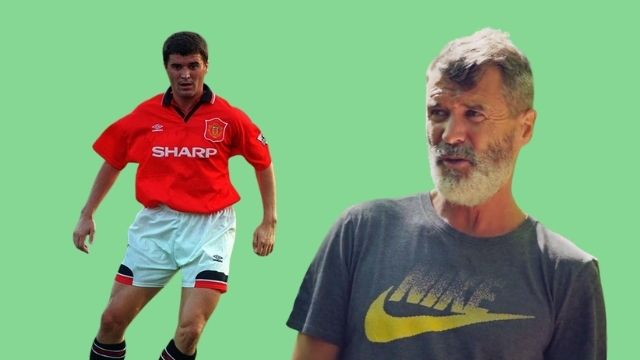