If there was one thing we weren't expecting on ITV's buildup to the EURO 2020 semi-final, it was Roy Keane expressing his love for Neil Diamond's 'Sweet Caroline' - but that is exactly what we got.

The 1969 classic has (regrettably) been requisitioned by the English fans for the duration of the Euros, and the aftermath of their last 16 win over Germany saw a heartfelt rendition of the song by the crowd at Wembley leave captain Harry Kane "speechless."

The song has been given a new lease of life in England, with the Tower Guards at Buckingham Palace even performing it in anticipation of the semi-final.

ITV ramped up the love-in a notch in their buildup to the match, with a special video message from Diamond himself to the England team.

Hi Gareth! It's Neil Diamond and I'm wishing you the best in the semi-finals. I'll be watching from the mountains of Colorado and singing Sweet Caroline along with all of you - good luck England!

We'd nearly be pissed off about the English fans laying claim to such a banger, if it weren't for the story that emerged from it on ITV's coverage. Ian Wright had just finished waxing lyrical about 'Sweet Caroline', when Gary Neville notified host Mark Pougatch that fellow pundit Roy Keane was a bit of a Neil Diamond fan.

Keane revealed that he went to a Diamond concert about 10 years ago - and got into a bit of an altercation at the gig.

He's brilliant. About 10 years ago [I went]. I ended up arguing with a woman next to me, she was singing all the songs out loud, so I got in a bit of trouble that night.

But it was a brilliant concert.

The other three in the ITV studio were in stitches at the story, and when pushed about his favourite song to sing at karaoke, Keane said Sweet Caroline was his go-to.

That's pretty good, that would be up there. Brilliant song.

The Euros have given a new lease of life to Diamond's classic. But, if you ask us, EURO 2020's defining musical legacy will be the lasting image of Roy Keane belting out Sweet Caroline at a drunken karaoke session.

We live in hope that video evidence of this exists.

SEE ALSO: The Balls.ie Alternative EURO 2020 Team Of The Tournament 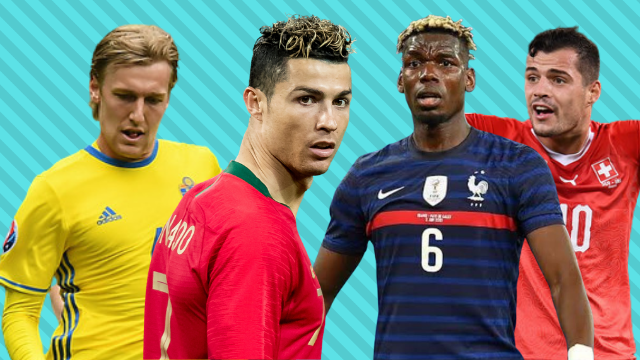