Manchester United's loss to Liverpool last weekend made for remarkable viewing, but there was one way it could have been even more dramatic. There was a massive Roy Keane shaped hole in the Sky Sports studio.

We could only imagine the type of humblings the Cork man would have been handing out. While we have had to wait almost a week, we have now found out the opinion of Roy Keane on the match.

Speaking on Sky Sports ahead of United's meeting with Spurs this evening, Roy Keane slammed the Manchester United players for giving up on the pitch, only to then spend the week apologising to the supporters.

🗣 "A lot rubbish coming out from players, apologies left right and centre, it's no good, It's all rubbish."

It was an embarrassing performance.

I heard Bryan Robson speak during the week, who was obviously a great player for Man United and a man who is full of courage, and he felt the players gave up. I think that's the biggest insult you can give to a professional footballer, it's unacceptable.

A lot of talk and rubbish this week coming out of players, apologies left right and centre. It's no good, it's rubbish. All these apologies coming out from 'team Rashford' and [Harry] Maguire, Fernandes a few weeks ago when he missed the penalty against Aston Villa.

Just get on with the game, turn up and give everything you've got for the club. They didn't do that last week.

Their performances haven't been great this season, they've been giving up a lot of chances. Remember the previous week that they gave up four at Leicester who aren't exactly at the top of their game.

I wouldn't say I was shocked, but this idea of players giving up, I think that's the worst insult you can have as a professional footballer...

Roy Keane was especially scathing of the Man Utd defence.

Maguire and [Luke] Shaw last week, they were a disgrace. An absolute disgrace to the club, and these are established international footballers. Wan-Bissaka, I don't think Palace would even take him back. He has no feel for the ball or decision making.

What United have always had through the years, whatever about talent, was players with character and personality. I don't see it with this group.

I heard Maguire talking during the week, he was like a robot. He was saying 'I apologise to the fans', there was no emotion behind it. These guys are on the back of a good Euros for England so they have turned up for big matches. Shaw has fallen back into his old habits from a few years ago.

I'm fed up with this chat after games and people apologising. Harry Maguire talking about 'we need to come together as a group', no you need to sort your game out! If you're going to be the leader of that group you need to do the basics right and do your own job.

People are saying he might not be fit. Might not be fit? He gave a goal away against Leicester that had nothing to do with fitness, it was a lack of professionalism and not doing his job properly.

🗣 "Wan-Bissaka I don't even think Palace would take him back."

🗣 "I heard Maguire talking, he was like a robot."

Roy Keane is very critical of the Manchester United defenders after their performance and reaction pic.twitter.com/Pf5SAfT77d

We didn't expect him to pull any punches and Roy Keane certainly didn't disappoint.

It's tough to disagree with anything he said. 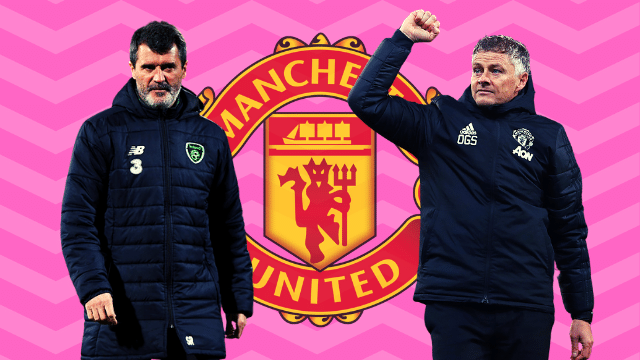