This is sure to cause plenty of debate.

Manchester United thought they had taken the lead in their game against Spurs this afternoon, with Edinson Cavani producing a smart finish to put the ball beyond Hugo Lloris.

However, there was to be a VAR check after potential foul on Heung-Min Son in the buildup play. It appeared as though midfielder Scott McTominay's hand may have grazed the face of the South Korean international as he attempted to protect the ball.

Referee Chris Kavanagh would review the incident on the pitch-side monitor, ultimately deciding that it was enough to chalk off the goal.

Son has Spurs in the lead at the break, but all the talk will be whether he was fouled in the build-up to Cavani's goal. Chris Kavanagh thinks so! 📺

To compound matters for Manchester United, Son would put Spurs into the lead only a few moments later.

Ole Gunnar Solskjaer's players were still incensed by the decision by the time halftime rolled around, while the manager hardly had the most pleased of expressions himself.

Speaking about the incident at halftime on Sky Sports, Roy Keane certainly didn't hold back on his thoughts.

The former labelled Son's reaction to the touch as 'embarrassing':

🗣 "If this is a foul we should all go home, it's embarrassing."

Roy Keane is amazed that VAR disallowed Cavani's goal for a foul from McTominay on Son in the build-up pic.twitter.com/1xt0vjqQiG

I'm amazed really. I think if this is a foul we should all go home. It's bizarre.

For a player like Son to roll around like that is embarrassing. Obviously great movement towards the end, Cavani's movement was fantastic.

That can't be a foul, how a player can stay down...

To be fair it's not just Son. Rashford done it about ten minutes earlier. Both sets of players are rolling around screaming, the referee is under huge pressure and doubting every decision they give now.

Clearly, I think he has got this wrong.

Michah Richards agreed with Keane, saying that awarding fouls for incidents such as this one is ruining football.

🗣️ "It is embarrassing. This is not football anymore."

It's embarrassing. This is not football anymore.

I know we have a laugh and a joke and all that, but this is spoiling our game. I can't recognise the game anymore.

If this is a foul, Roy is right, we might as well as go home now. It's an absolutely ridiculous decision and it's spoiling football.

The fact that Chris Kavanagh could go and look at it again, I know VAR has put doubt in his mind by making him go look at it, and the players surrounded him which is not acceptable, but that's never a foul.

Luckily for Manchester United, the decision would not matter in the end as three second half goals allowed them to overturn the deficit. 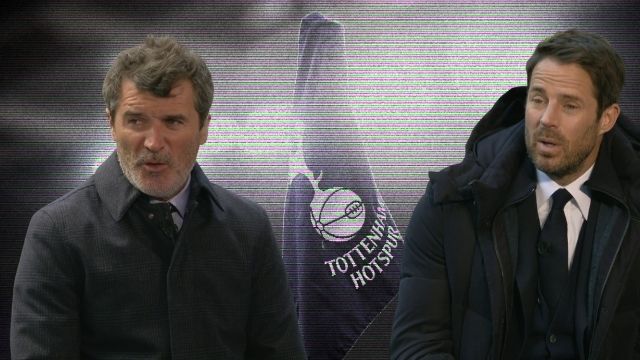