Euro 2020 is over, and while the quality football will be the main thing we will miss over the coming weeks, the lack of Roy Keane's punditry in our life will also be a major blow.

The Cork man was on top form on ITV over the course of the tournament. Whether it was his cutting analysis or his perfectly timed quips, there's no doubt he was one of the most entertaining pundits on our screens.

Keane has forged a certain reputation for his punditry on Sky Sports over the last couple of years, something that he definitely brought to the international game.

Be it his analysis of Joao Felix, his comments about England's penalty takers, or his summary of a Neil Diamond concert from a decade ago, he was on fire.

ITV have now released a compilation of Keane's best moments from the tournament and it is a great watch.

All of the comments mentioned above are included, as well as a few other belters. Sit back and enjoy.

The way he saved the cups of coffee is definitely a highlight.

We are unlikely to have to wait too much longer to see Keane on our screens again, with the 49-year old likely to be part of Sky Sports' Premier League coverage next season.

That is unless he can land a manager's job, of course.

The former Manchester United and Ireland captain has been open in his desire to get back into management in recent times, although he has yet to find the right fit.

It would certainly be a loss in punditry circles, although it would be very interesting to see how he would fare as a manager nearly a decade on from his last gig as a number one.

SEE ALSO: 7 Irish Players That Are Facing Into A Very Important Pre-Season 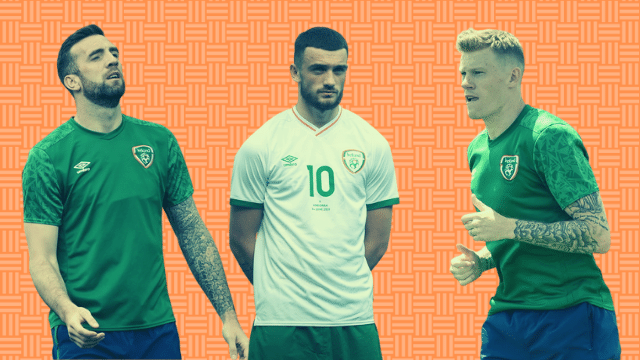 Football
1 month ago
By Gary Connaughton
Quiz: How Well Do You Remember The Euro 2020 Final?
Football
3 months ago
By Jonathan Byrne
90 Arrests Made By Police For England Fan Behaviour At Euro 2020
Football
3 months ago
By Conor Breslin
Bonucci Says Declan Rice Comments Gave Italy Extra Inspiration
Popular on Balls
Rugby
2 days ago
By Colman Stanley
Keith Earls Shares Story That Captures Andy Farrell's Decency
Football
1 day ago
By PJ Browne
'If He Continues With Performances And Goals Like That, Stephen Kenny Will See It'
Football
2 days ago
By Eoin Harrington
Quiz: Name Every Player To Score In A Champions League Final
Football
19 hours ago
By Gary Connaughton
Portsmouth Likely To Retain Gavin Bazunu This Month Despite Championship Interest