Sometimes, when things aren't going your way, you have to resort to underhanded tactics.

For Didier Lamkel Ze, he woke up and chose chaos as his course of action.

The Cameroonian attacker has been linked with a move away from Royal Antwerp, with Greek club Panathinaikos the most likely destination for the 24 year-old.

A move to Athens would see Lamkel Ze reunited with former Antwerp boss Laszlo Boloni, but his current side weren't too keen on letting the attacker go.

So, Lamkel Ze took matters into his own hands.

In the same vein as Mario Balotelli, itching to force a move out of Inter Milan to Man City by wearing an AC Milan jersey, Lamkel Ze employed the same tactics.

He arrived at Royal Antwerp's training complex wearing the jersey of rivals Anderlecht, complete with former player Yannick Bolasie's name on the back.

The security in the main building wouldn't let Lamkel Ze in, which led to some bizarre scenes.

Sitting here this morning admiring the pettiness of Royal Antwerp forward Didier Lamkel Zé showing up to training in a rival Anderlecht shirt as he tries to force a move to Panathinaikos.

Of course they didn't let him in. pic.twitter.com/cp2mnHzIs8

The stunt, unsurprisingly, didn't go down well with the club's hierarchy or supporters.

The fallout has led to Lamkel Ze issuing a grovelling apology on Royal Antwerp's official channels, much to the consternation of their fans.

The attacker says that his actions were as a result of the speculation and that they in no way undermine his desire to play for Antwerp.

"If I reacted like this it is because my head was somewhere else (the transfer...), it was not easy for me.

"I really, really want to apologise for this gesture. I do not forget neither my team-mates in the locker room or the technical staff who have supported me since my arrival here.

"I am available for the club if the new coach needs me. I hope to find the supporters very soon on the pitch."

SEE ALSO: How Jayson Molumby Will Fit Into The Preston North End Midfield 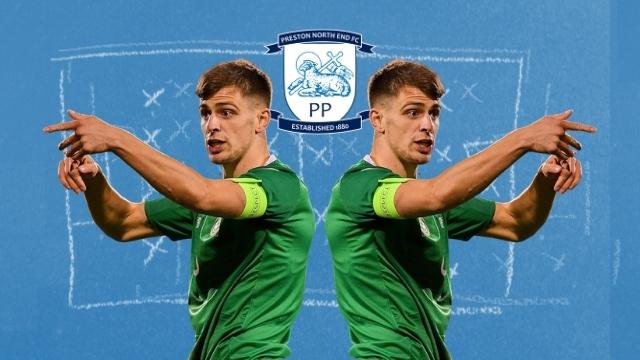