RTÉ are set to release a documentary charting the rise and fall of former FAI CEO John Delaney.

Delaney was the main voice and decision maker inside the FAI for over 15 years, before leaving the association in hugely controversial circumstances in 2019.

The dire financial straights in the FAI were only exposed after his departure, with the full extent of his spending coming to light with the recent release of the book Champagne Football by Mark Tighe and Paul Rowan.

'The John Delaney Story' will air on RTÉ One on Monday, November 9th at 9.35pm.

In a press release, RTÉ said the documentary will explore Delaney's rise and fall within the FAI, featuring exclusive interviews with those who dealt first hand with the former FAI CEO.

The John Delaney Story explores the extraordinary career of the former CEO of the FAI, a career that ended in huge controversy in September 2019.

This documentary explores the rise and fall of the former football chief with players, football fans, an ex-international manager, FAI insiders and journalists who all share their unique insights into the man who led the FAI for 15 years.

Contributors include former Ireland manager Brian Kerr is known to shoot straight from the hip and his contribution to this documentary is no exception to that.

In an exclusive interview for Irish television, the documentary also features Stewart Regan, the former CEO of the Scottish Football Association, as he tells how he was treated during a Scotland v Ireland international and how he believes that the FAI came very close to becoming the first football association in the world to become insolvent.

Footballing legend Eamon Dunphy tells us about attending John Delaney’s lavish James Bond-themed 50th birthday party. We hear from football fans who explain attempts to stop any anti-John Delaney protests at matches and we hear from Sunday Times journalists Mark Tighe and Paul Rowan who give their account of the story that ultimately led to the resignation of the former CEO.

We will certainly be tuning into this one. 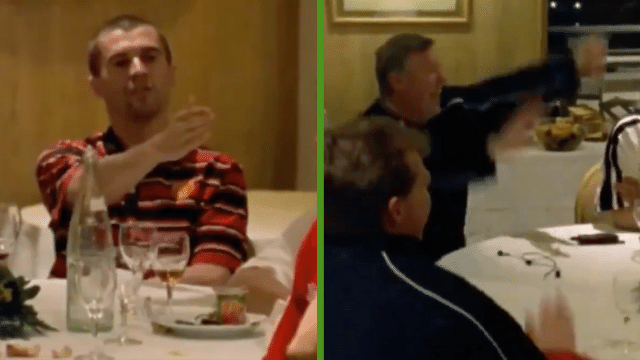 Football
4 months ago
By Donny Mahoney
'Do The FAI Take Us For Morons?': Remembering The Week Steve Staunton Became The Gaffer
Football
1 year ago
By Michael McCarthy
We Can't Keep Blaming Managers. We Have Much Bigger Problems
Football
1 year ago
By Donny Mahoney
After The Fall Of John Delaney: An Interview With Mark Tighe
Popular on Balls
Football
21 hours ago
By Luke Delaney
Obafemi In As Stephen Kenny Names 27-Man Nations League Squad
GAA
2 days ago
By PJ Browne
How A Kerry Guard Ended Up Playing For The Tipperary Footballers
Football
19 hours ago
By PJ Browne
Five Things Learned From Stephen Kenny's Nations League Press Conference
Motorsport
1 day ago
By Eoin Harrington
F1: New Team Radio Clips Show Sergio Perez Frustration With Team Orders In Barcelona