And so Wales' Euro 2020 journey has come to an end with a whimper.

They were thoroughly outplayed by Denmark in every aspect of the game this evening, with the 4-0 scoreline not flattering the victors.

It was a shocking performance, one in which all of Wales' main players failed to show up.

Gareth Bale said after the game that his Welsh side 'went out kicking and screaming', including Harry Wilson getting sent off after a nasty challenge late on.

He also questioned if the referee had been influenced by the Danish supporters for the the second goal of the game.

Bale certainly wasn't in a jovial mood for his interview, walking out mid question when asked if was set to retire from international football.

Has Gareth Bale played his last game for Wales?

However, the RTÉ panel weren't buying his assessment of the game.

Richie Sadlier, Lisa Fallon, and Kevin Doyle all said that kicking out at your opponents was not something to be celebrated. They also believed Bale needed to take responsibility for his shockingly poor performance in Amsterdam.

Sadlier: He was praising his teammates? 'We would rather go out kicking and screaming?'

Fallon: I think they went out with a whimper to be honest. They showed very little in the second half. They had a lack of capacity to create when they couldn't win in midfield, they couldn't get the ball forward to Kieffer Moore.

People like Gareth Bale and Aaron Ramsey, who the team look to to create moments of magic, did nothing in that game. They need to take responsibility for that because they created very little. I don't buy that they went out kicking and screaming.

Sadlier: He's trying to spin that as a positive: we didn't meekly go out and look as though we didn't care. When you do a post-match interview you're very blinkered, you don't care about seeing things from a neutral perspective.

I agree that the sending off was probably harsh, but to praise your players for lashing out at opponents and surrounding referees to give out about decisions, is that something to praise?

Fallon: He said the refereeing decision for the goal took away their momentum, but they didn't have any momentum in the game at that point. It was two minutes into the second half...

The panel would go on to say that they would not be surprised if the rumours were true that Bale was set to retire from football altogether.

Either way, this looks like the end of the road for this Wales team in its current guise. 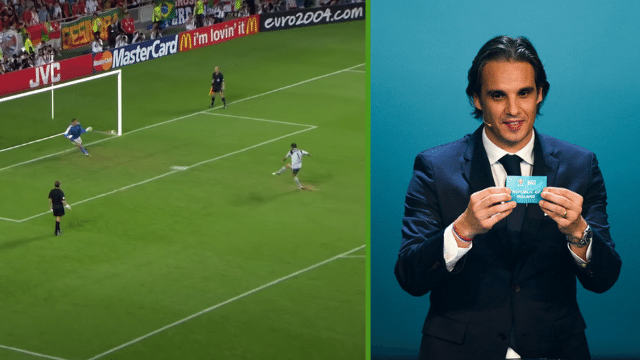