Watch: RTÉ Panel Were In Disagreement Over Ireland's Shocking Loss To Luxembourg

Irish soccer suffered one of its worst nights on Saturday as Luxembourg stole a shocking 1-0 win at the Aviva Stadium in Dublin.

Luxembourg, ranked 98th in the world, won with a late long-range goal from Gerson Rodrigues. Ireland were sloppy across the field and struggled to break the minnows down - and Richie Sadlier didn't hold back in his post-match comments.

There are certain games – Wednesday night was one of them – where a disappointing result is there on the one hand but you can still look at elements of the performance and positive moments. But you can’t get to do that in a fixture that ends in a result like this. You just can’t.

We’re not going to the World Cup. That’s the question, that’s decided. I think where this leaves the management is the big question.

Performances like that on the back of the run of results we’ve had – I think that’s the eighth of his ten games that we haven’t scored a goal in – he’s going to have to do a hell of a lot between now and the end of the campaign to show that he’s deserving of a long-term stint as manager.

Kenny Cunningham took a rather more intriguing approach, deciding to big up Luxembourg's performance and suggesting that the Irish might have underestimated them. Naturally, this sparked a fightback from host Darragh Maloney, who tried to shift the focus of the conversation back to Ireland's woeful performance.

KC: "They have beaten us, but they have for the reasons I'm saying. It was a very competent team that came here this evening.

I don’t think you can look at this result and say ‘oh, Luxembourg, that’s a disgrace of a result’. That’s too easy"

Most Irish fans would surely be inclined to agree with Maloney's argument. The performance from Luxembourg may well have been competent, but there was a serious lack of quality across the pitch from Ireland and, when given a chance to reply, Sadlier drew the conversation back to the issues with the Irish performance.

Here's more from Richie Sadlier on tonight's tale of the unexpected.

I think the quality of that Irish performance in the second half...do you rememeber, we sat here at half-time and said it wasn't about whether Bazunu would impress us or not in the second-half, it was how much would we challenge their goalkeeper, how much would we put pressure on their defence, how much could we add to the little moments, the several moments of positivity from Wednesday?

And you can assume that those messages were hammered to them in the dressing room and we were waiting for them to start showing a tempo, or an urgency, or a level of purpose.

Stephen Kelly came down from the commentary box to join Sadlier and Cunningham and echoed the sentiment about the Irish performance, suggesting that Ireland have regressed under Stephen Kenny and that the pressure is only going to grow on Stephen Kenny's shoulders.

Stephen Kelly weighs in on Ireland's progression (or regression) under Stephen Kenny.

Virgin Media didn't cover the game live, but offered some analysis of the Irish defeat in the aftermath of their live game - a 2-2 draw between Serbia and Portugal in Ireland's group. Former Irish manager Brian Kerr made similar comments to Sadlier's on RTÉ, as he said that a lack of experience has "realistically ended" Ireland's hopes of qualifying for the World Cup in Qatar.

"You can play whatever way you want, but you have to get results.

"Unfortunately we haven't in these two games and it's probably ended our hopes of making the World Cup."

Both Kerr and his fellow pundit Damien Delaney said that Ireland's performance was naive. Though both agreed that the idea behind Stephen Kenny's setup is admirable, they argued that the execution needs to be better to break down teams like Luxembourg.

"What we're trying to do is right. But we got it horribly wrong tonight. We need to stick with the method, but be an awful lot better."

The defeat to Luxembourg this evening ranks among the worst nights in recent memory for Irish football fans, with the fear being that things will only get worse from here.

Though all of the pundits on duty this evening showed affection for Stephen Kenny and his philosophy, the manager and his squad are coming under increasing pressure the longer this bad run of form continues. 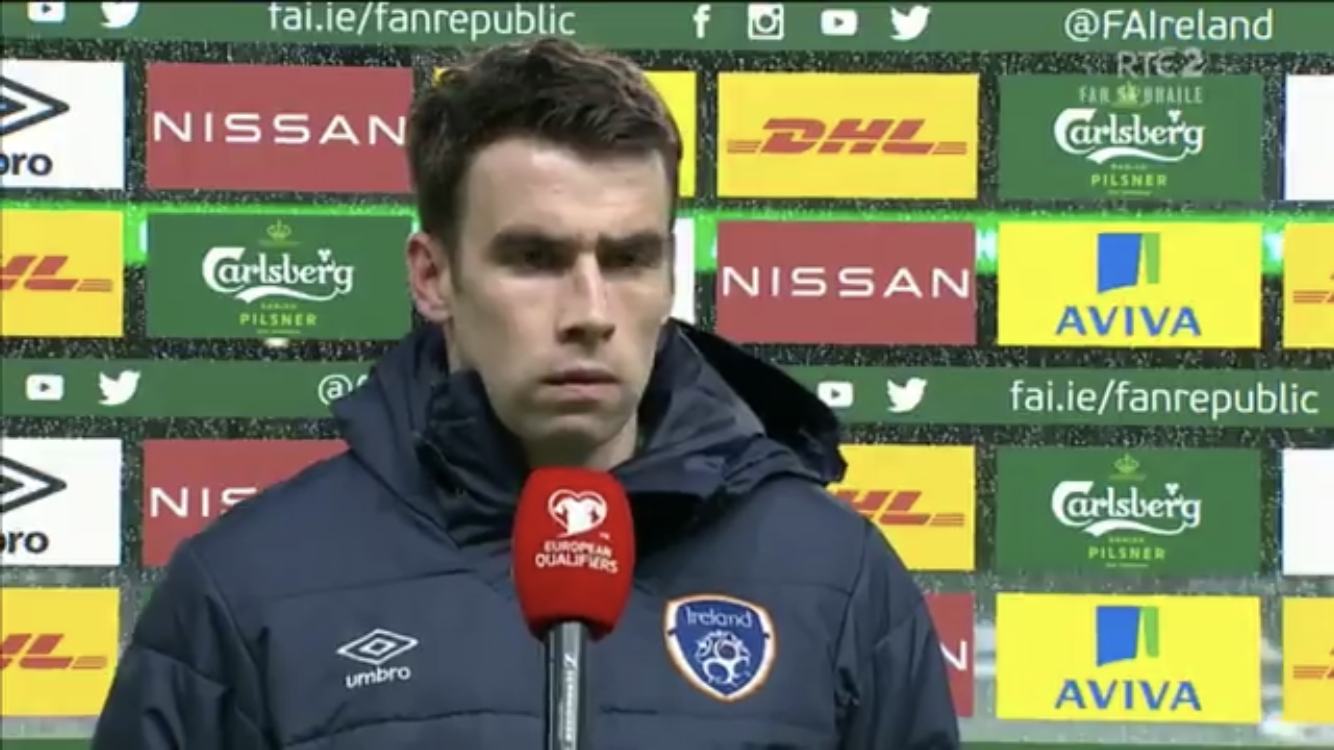 Football
5 months ago
By Gary Connaughton
Lennon & Cunningham Remain Unconvinced Of Thiago's Value To Liverpool
Football
8 months ago
By Eoin Harrington
RTÉ Pundits Question Ole Gunnar Solskjaer's "Weak" Management Of Champions League Defeat
Football
3 years ago
By Balls Team
Report: Kenny Cunningham Set For Move Into Management
Popular on Balls
Rugby
1 day ago
By Colman Stanley
'I Think Munster Softened Them Up For Us': Sexton Not Carried Away After Clincial Leinster Win
GAA
2 days ago
By PJ Browne
Mayo's Padraig O'Hora Using Football To Promote His Real Passion
Rugby
16 hours ago
By Colman Stanley
'That Pace, That Intensity, That Organisation' All Black Legend Has High Praise For Leinster
The Rewind
1 day ago
By Eoin Harrington
Watch: Brilliant Dermot Morgan Dublin Segment From 'The Travel Show' Resurfaces