The Winner Of The TPHOF Rugby Special Is...

Last week, two worthy adversaries faced off for the title of the greatest of all rugby unsung heroes in Ireland and a coveted place in the Terry Phelan Hall Of Fame, having each come through their respective semi-finals comfortably.

The final battle between Peter Clohessy and Eric Elwood was a much closer affair, with the winner getting just 52% of the vote. And so, it falls to us to announce the latest member of the Hall.

The winner is...(you've already seen the photo below, haven't you)...Peter Clohessy. 'The Claw' dived over the line having been behind for much of the voting. 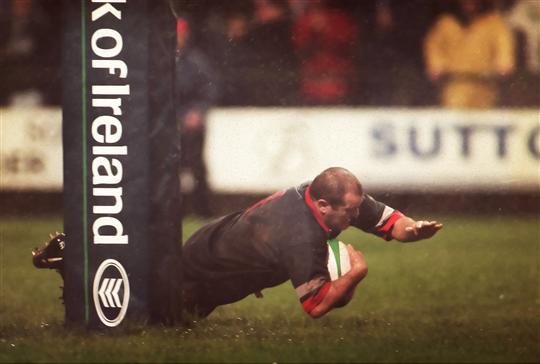 We contacted Clohessy to get his reaction. In response the former Munster prop sent us this video, telling us to pay close attention to 10 seconds in: