St Mirren teammate Ryan Flynn believes that Jamie McGrath has the ability to play in the Premier League.

Flynn was on the books at Liverpool as teenager, and also played with Sheffield United and Oldham before moving to St Mirren three years ago.

McGrath - who now has five caps for Ireland - joined St Mirren from Dundalk in January 2020. St Mirren manager Jim Goodwin said previously that the club is expecting interest in McGrath this January from "six or seven really big clubs".

"He’s definitely up there with the best I’ve ever played with," Flynn told Renfrewshire Live Sport.

"I think he can go really far.

"People are asking if he could play in the English Premier League and I honestly don’t see why not.

"I think the way he plays the game, for us and for Ireland, he just suits it and thrives in it. He actually seems to thrive more the bigger the game is.

🇵🇹 0-1 🇮🇪
45' Ireland take the lead in Portugal! John Egan with the header from a Jamie McGrath corner.#PORIRL #WorldCup2022 #COYBIGpic.twitter.com/8gICjxRhby

"It was actually nice to play with Jamie against St Johnstone. Normally I’d only be on in midfield when he was injured or I’d be going on when he was coming off!

"He’s got a good head on his shoulders, he’s switched on.

"I don’t want to put too much pressure on him, but I think he’ll go right to the top and every player in our training room is right behind him."

St Mirren have knocked back bids for Jamie McGrath and Conor McCarthy.

Jim Goodwin says St Mirren ‘won’t be shafted by anybody.’

Getting McGrath - who scored 17 goals from midfield last season - for under £1 million is a steal for most clubs. 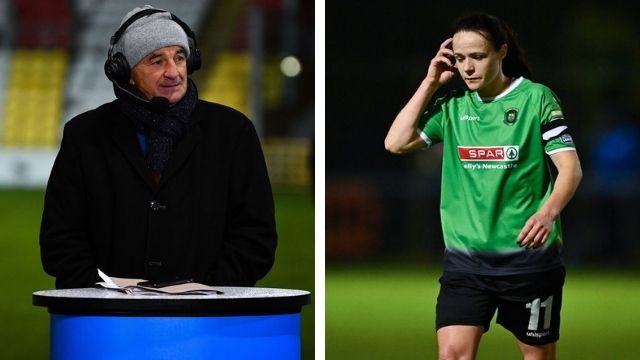 Football
1 day ago
By PJ Browne
'If He Continues With Performances And Goals Like That, Stephen Kenny Will See It'
Football
1 week ago
By Jonathan Browne
Scott Brown Really Enjoyed Playing Against Rangers Last Night
32

Football
1 day ago
By PJ Browne
'If He Continues With Performances And Goals Like That, Stephen Kenny Will See It'
Football
1 week ago
By Jonathan Browne
Scott Brown Really Enjoyed Playing Against Rangers Last Night
Football
1 week ago
By Gary Connaughton
Aberdeen Boss Aims Strange Jibe At Jamie McGrath After Move Breaks Down
Popular on Balls
Football
2 days ago
By PJ Browne
Ireland's Lee O'Connor Says It Was An 'Easy Decision' To Leave Celtic
Football
1 day ago
By Eoin Harrington
Quiz: Name Every Player To Score In A Champions League Final
Rugby
23 hours ago
By Colman Stanley
Roy Keane Made Quite An Impression On Eddie Jones And The England Rugby Team
52