Ryan Johansson's international future was finally settled in recent days, with the 20-year old being allowed to declare for Ireland.

Borrn in Luxembourg to a Swedish father and Irish mother, he has long wanted to pull on the green jersey in a competitive fixture having perviously featured at U19 level in friendly fixtures. However, a FIFA ruling deemed him ineligible for the nation due to passport issues.

Those problems have now been cleared up, with the Sevilla man set to be drafted straight into Jim Crawford's U21 squad.

Speaking to the FAI's YouTube channel, he explained why he fought so hard to commit his international future to Ireland.

It is multiple reasons. It's never easy to turn down a nation that I loved and I'm very patriotic for all three countries that I an eligible for.

I do feel more attached to Ireland in a sense. I have a lot of family there, my Mom is Irish. Football wise is a very important factor that was brought into the decision.

The professionalism with the way the Irish coaches handled everything, the staff, and the FAI, everything setting me up in being able to play for Ireland.

Playing for Ireland with the U19s was an amazing experience. I was very welcomed into the team by the coaches and players. There were multiple reasons made me make the decision.

Once it came down to it and my parents asked me 'who do you really want to play for', it was a no-brainer in the sense of choosing Ireland. It was my heart anted to go...

There was definitely a time in this last year where I thought there was no chance. I had kind of given up in that sense. My parent as well, they had definitely closed that door due to FIFA saying that I wasn't eligible.

It has been a tough process but it definitely feels very worth it and very rewarding at the end of it...

I think that's a big advantage for Ireland moving forward.

Here's hoping he can do big things for Ireland in the coming years. 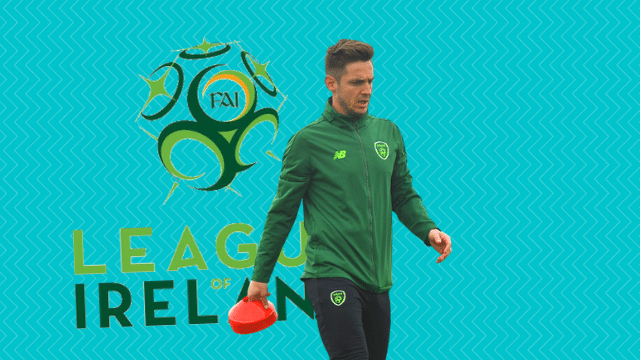