It was a good day for neither Chelsea nor Liverpool on Sunday, though the latter may have felt a bit fortunate to escape with a draw from the sides' meeting, after their star man Sadio Mané avoided a red card in the opening seconds of the game.

The Sky Sports panel deliberated on the incident at full-time, with Jamie Carragher disagreeing with his fellow pundits over the decision of the referee.

César Azpilicueta came out firing in his post-match interview with Sky Sports, after an enthralling clash between Chelsea and Liverpool at Stamford Bridge.

Chelsea captain Azpilicueta noted that the game's fiery atmosphere was kicked off by a "clear red card" for Sadio Mané which was not given in the game's opening seconds.

Mané rose for a header in the opening ten seconds of the game against Azpilicueta, but caught the Spaniard with his outstretched arm and ended up receiving a yellow card for his challenge.

Chelsea's fury at the decision was obvious, with manager Thomas Tuchel outraged on the touchline. Their anger was only compounded by the fact that Mané went on to score Liverpool's opener after a mistake from Trevoh Chalobah.

After Azpilicueta's interview, the Sky panel discussed the incident and Jimmy Floyd Hasselbaink and Graeme Souness attempted to convince Jamie Carragher that Azpilicueta was right.

After Carragher explained why he thought Sadio Mané had gotten away with the challenge, Hasselbaink accused Carragher of some Liverpool bias.

Carragher: I think that's one of those that comes into the "orange" category. I think after six seconds that's not going to be [a red]. I think if the point of his elbow gets him rather than his forearm, I think he's gotten one off. I think it's the fact that it's his forearm, probably closer to his wrist than his elbow saves him and the fact it's six seconds in.

Hasselbaink: Are you serious? Have you got your Red hat on or just a football hat on?

Carragher: Well, there was another VAR check on Mason Mount, that wasn't a red card either.

Hasselbaink: No, that was definitely not a red card. That [Mané] is a red card. Forget about six seconds, forget about what direction. He goes with the elbow. It is endangering the player.

Carragher continued to explain that the reason Mané hadn't been sent off was down to the contact being made with his forearm, but his fellow pundits didn't agree.

Former Liverpool captain and manager Souness said that the contact warranted a "straight red" and that Mané had endangered his opponent with his leading arm.

Regardless of the near-consensus in the studio, Sadio Mané managed to avoid a sending off, and went on to play a crucial role in a thrilling 2-2 draw. He scored the opener for Liverpool, before a stunner from Mo Salah appeared to put them out of sight.

Chelsea fought back, however, and a similarly brilliant goal from Mateo Kovacic, paired with an equaliser from Christian Pulisic, meant that the points were shared, in a result Sky commentator Martin Tyler described as "a win for Manchester City".

SEE ALSO: All 30 Men Who Have Played In The League Of Ireland And Gone To The World Cup 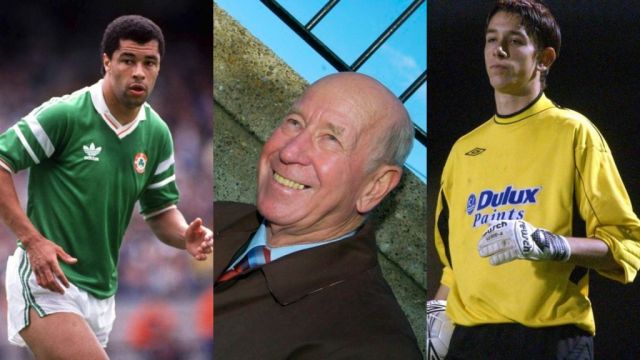