It was nervy at times, but Liverpool kept their title hopes alive with their 2-1 victory over Aston Villa this evening.

The game started off in the worst possible manner for Jurgen Klopp's side, conceding a goal in the third minute. However, they would get back on level terms through Joel Matip a few minutes later.

Both teams had chances to take the lead from this point, although Liverpool would grab what proved to be the winner just after the hour mark. It was a brilliantly taken header from Sadio Mane, directing Luis Diaz's cross into the bottom corner.

"Mané does what Mané does best!" 🔥

It was certainly an excellent finish from the Senegalese forward, who has been in remarkable form in recent months. Having been short of his best at times in the first half of the season, he has been given a new leases of life after his country's triumph at AFCON at the turn of the year.

He will surely play a key role as Liverpool continue to chase a quadruple over the rest of the month, having hit his stride at the ideal time in the campaign.

Mane was certainly in a jovial mood after the game. Speaking to Sky Sports alongside Jordan Henderson, he was quick to credit his teammates for helping him embark on his current goalscoring run.

Sadio Mane on his headed goal and his partnership with Luis Diaz pic.twitter.com/mI7JsWy4ln

It was a good cross from Diaz. I was in the box, so in this moment you just think to put it in the net. Even without power, it is usually a goal.

I know [Diaz] well, he is a good player. All the front four or five, and Hendo as well, we know each other well and train together every day.

When he got the ball I knew he was going to cross, so I was just trying to be ready for it.

In saying that, he did take a moment to admire his night's work.

When a replay of his goal was playing over interviewer Patrick Davidson's shoulder, he couldn't help but take a cheeky glance.

Davidson: You're just watching your goal back over my shoulder, aren't you?

Mane will be hoping for a few more goals before the end of the season, starting with this weekend's FA Cup final against Chelsea.

After that, Liverpool will just have small matters of the Premier League and Champions League to contend with... 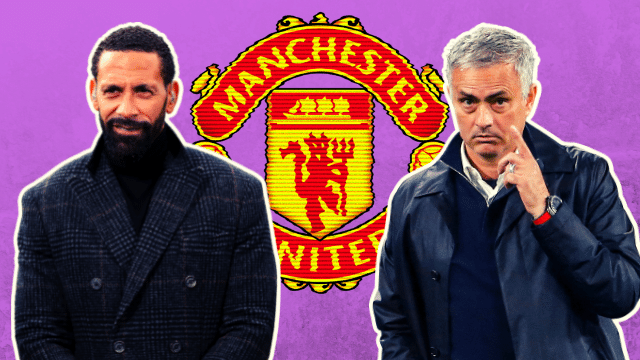 Football
1 day ago
By Eoin Harrington
Jurgen Klopp Thinks Liverpool Allegiance Gives Steven Gerrard Extra Final Day Motivation
Football
1 month ago
By Donny Mahoney
Spurs Fans Rage At Matty Cash Tackle As Matt Doherty Ruled Out For The Season
Football
1 month ago
By Gary Connaughton
Paul McGrath's Acceptance Speech For PFA Award Perfectly Summed Up The Man
Popular on Balls
Football
6 hours ago
By Eoin Harrington
Juan Mata Questions Manchester United Management After Dire Season
Golf
2 days ago
By Gary Connaughton
Padraig Harrington Glad He Didn't Have To 'Make A Decision' On Saudi Golf League
Football
1 day ago
By Gary Connaughton
The Frank Lampard Love-In After Everton's Survival Was Downright Bizarre
GAA
2 days ago
By PJ Browne
'It Came At An Awkward Time. I Didn't Think It Would Be So Bad'