During the enthralling encounter between France and Germany in Euro 2020 Group F, which saw the French claim an important 1-0 win, there was a troubling incident involving their right-back Benjamin Pavard in the second half.

While attempting to defend a German cross, Pavard was caught on the head by an opposition player and appeared to be knocked unconscious as he fell to the ground. Following a few minutes of treatment, the player was allowed to return to the action and finished the game.

Speaking on RTÉ after the game both Richie Sadlier and  Didi Hamann were highly critical of the process that allowed Pavard to continue playing.

Sadlier was initially critical of the process on the pitch while Pavard was being checked.

We're still at the stage of putting water on the back of a fella's neck for a possible concussion. Concussion is a brain injury!

Varane here is chatting away. I hope to God he doesn't feel as if he should have a say in the decision here, whatever about Pavard having a say about whether he should go on.

I don't know how many examples of how badly things can go wrong football needs for it to take head injuries seriously.

The two pundits also had an issue with the protocol of allowing Pavard not just to return but to do so straight away, in light of concussion protocols that are followed in a number of other sports.

(Sadlier): We need protocol, so you remove it from the strength of personality of a medic of the determination of a player, or the importance of the game. All the situational stuff that you might throw in as a factor going - 'okay, we need to keep this fella on.' No - you have a protocol, you've had a couple of wallops to the head. Stay off the pitch, be assessed, and then come back on if you can.

In football, as we saw at the weekend (during the Christian Eriksen incident), we're great at talking about player welfare - we're not so great at acting on it.

(Hamman): No they have to act, it's not enough. What's happening at the moment is not enough, because as I said, he shouldn't have been allowed to carry on a minute after these two heavy hits on the head.

The incident was certainly worrying in terms of how it looked as Pavard landed awkwardly, and as Hamann pointed out in his analysis, it is certainly not the first incident of this nature that we have seen in high-profile football matches in recent years.

Thankfully Pavard at least appeared to be okay as he played on, but given the recent studies on concussion and HIA protocols in other sports, this type of incident will only fuel the calls for a more stringent approach in football where the welfare of players is protected above everything else.

SEE ALSO: Keane And Vieira's Discussion On Pogba Was Summed Up By His Performance Against Germany 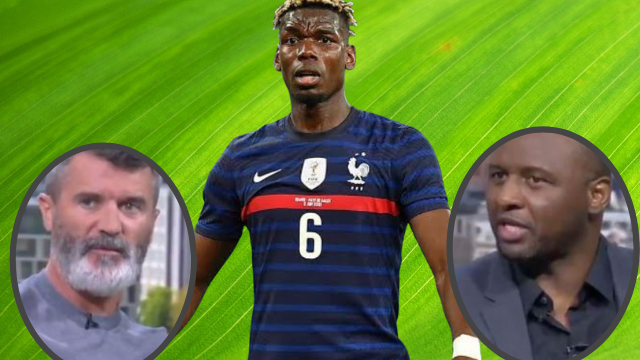