Remembering Schalke's Hammering Of Inter In The 2011 Champions League Quarters

Under the stewardship of Ralf Rangnick, Schalke made an incredible run to the Champions League semi-finals in 2010-11.

Having arrived late in the season, Rangnick turned around Schalke's fortunes and led them to the last four in Europe - and the list of future talent at hand was frankly outrageous.

The quarter-final win over defending champions Inter Milan was the highlight, as Schalke romped to a famous win in the San Siro against the European giants.

Schalke's season in 2010-11 had gotten off to a largely disastrous start. Having sealed 2nd place in the Bundesliga the previous season, running Bayern close in the process, a Champions League campaign beckoned for Die Knappen.

Any hope of pushing on domestically from the strong runners-up finish, however, was dashed by a dire start to the season. They opened their Bundesliga campaign with four straight losses, and only won one league game pre-November.

A brief pick-up in form in the lead up to Christmas was followed by another sharp drop in form after the winter break and, amid rumours of discontent among the squad, manager Felix Magath was sacked in mid-March. His replacement? Enter Ralf Rangnick.

Rangnick inherited a squad that was clearly suffering from some issues of discontent, but one that had immense levels of talent. Not only was there experience up front with a veteran striker in the form of Raul, but Rangnick had some serious youth talent at his disposal - not least in the form of then-25-year-old goalkeeper Manuel Neuer, who was cementing his claim to the German keeper spot.

Müller and Neuer are the only players remaining now from the team which demolished England in 2010. pic.twitter.com/9cVP06R5Wl

In fact, the number of future big names across Schalke's squad was quite extraordinary, with future Champions League and Premier League winner Joel Matip and future World Cup winner Benedikt Howedes at the back, and Julian Draxler providing back-up options up front to the experienced Raul and Klaas-Jan Huntelaar.

Despite their poor domestic form, Schalke had qualified for the Champions League knockout stages with relative ease. Progressing from their group as winners, they faced off with Valencia in the last 16. Magath's last act as manager was to seal their place in the quarter-finals with a 3-1 win in the second-leg against the Spanish side.

So, though the situation in the Bundesliga required some serious salvaging, Rangnick took over a team that had taken its place comfortably in the quarter-finals of Europe's elite competition. The opposition in the last eight, however, presented the biggest challenge possible for Schalke, as they were drawn against defending champions Inter Milan.

Though Inter were struggling to match the heights of their 2010 treble-winning campaign without the influential José Mourinho in charge, they were nonetheless a fierce prospect filled with big names of European football, and a trip to the San Siro is intimidating in the best of circumstances.

Rangnick had been in charge less than three weeks when his team made the trip to Milan. The game got off to a disastrous start, when they went 1-0 down in the first minute to one of the all-time great Champions League goals from Dejan Stankovic.

Incredibly, though, Schalke not only recovered but went on to put five past a team featuring the defensive talents of Javier Zanetti, Esteban Cambiasso, and Thiago Motta.'

Joel Matip and Raul were among those on the scoresheet for Schalke, who tore apart an Inter team that had gained a reputation as one of the most defensively solid teams in Europe just one season previously.

The scoresheet that day is a mark of the blend of experience and youth that Rangnick has emphasised at every club he has managed, with both youngster Joel Matip and golden oldie Raul getting on the scoresheet.

A 2-1 win in the return leg Gelsenkirchen the following week astonishingly put Schalke through to the last four, despite the club being deep in the mire of a relegation battle in the Bundesliga.

On the domestic front, Rangnick somewhat steadied the ship with two wins in his first three games in charge - but that would be it for the rest of the season, as a run of four straight league defeats left Schalke escaping relegation to the 2. Bundesliga by just four points.

Their season was salvaged by the Champions League run which, by a coincidental twist of fate, was ended in ruthless fashion by Manchester United. Manuel Neuer did his very best to keep United at bay in the first leg, with an array of impressive saves, but they were ultimately broken down and fell to a 2-0 loss on home soil.

In the second-leg, with the tie already largely secured, Schalke's European form finally began to replicate their domestic form, as a weakened United side (captained by John O'Shea and featuring Darron Gibson and Anderson in midfield) romped to a comfortable 4-1 win.

🔴 Ralf Rangnick back in the Manchester United dugout 👋#UCL pic.twitter.com/JnUxksxIlW

Though he was to leave early in the following season, the run to the Champions League semi-finals was one that Ralf Rangnick played a major role in, and is one of the greatest achievements for a Schalke side who are now plying their trade in Germany's second division.

SEE ALSO: Adel Taarabt 'Very Proud' Of Career Despite Time Away From Top 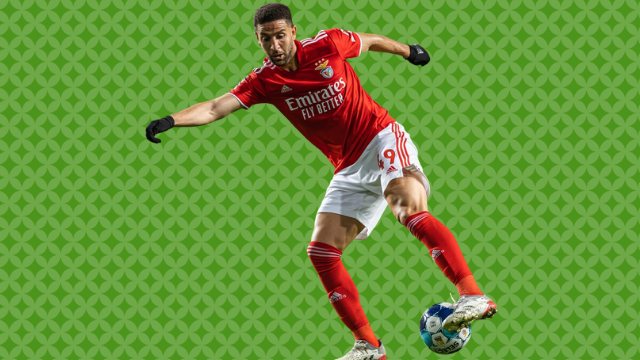 Football
21 hours ago
By Eoin Harrington
'Ronaldo Is A Cod' - Remembering Eamon Dunphy's Infamous 2008 Rant
Football
2 days ago
By Eoin Harrington
Pep Guardiola Fires Back At Evra And Berbatov With 2011 Final Jab
Football
3 days ago
By Gary Connaughton
Liverpool Man Recalls Teammate's Hilarious Effort To Stop Champions League Medal Robbery
Popular on Balls
Rugby
1 day ago
By Colman Stanley
'I Think Munster Softened Them Up For Us': Sexton Not Carried Away After Clincial Leinster Win
GAA
2 days ago
By PJ Browne
Mayo's Padraig O'Hora Using Football To Promote His Real Passion
Rugby
15 hours ago
By Colman Stanley
'That Pace, That Intensity, That Organisation' All Black Legend Has High Praise For Leinster
The Rewind
1 day ago
By Eoin Harrington
Watch: Brilliant Dermot Morgan Dublin Segment From 'The Travel Show' Resurfaces