Scotland's Failure Continues One Of The Most Remarkable Records In Football

After their glorious 0-0 win at Wembley last Friday, it seemed inevitable that Scotland would fail to capitalise and exit Euro 2020 at the group stage. It was inevitable because it's what they do. Their three game saga lasted exactly as long this time as their previous ten trips to major championships.

Remarkably, in now 11 attempts, Scotland have never made it past the group stage of a World Cup or European Championships. And yet they've been good enough to qualify for 11 tournaments, an incredible achievement in itself.

Scotland have a long and proud history of world class footballers. Many of them were good enough to grace a number of big tournaments, and many times they were fancied to go a long way. They never did.

Other times, a group of scrappy underdogs came together to give it a lash, and looked like they just might make it...until they didn't.

Sometimes they went out on goal difference. Sometimes, they beat the best team in the group and lost to the worst. Other times, they were shite. Either way, with qualification meaning just a top half finish or, occasionally, just not finishing last, you would expect even accidental qualification at some stage. But it's just not to be for Scotland.

After 11 goes, we're comfortable calling it a curse.

Scotland first became eligible for a World Cup in 1950, but withdrew from the tournament. They participated for the first time in 1954. It did not go well. Playing just two matches, they lost the first game 1-0 to Austria, following which coach Andy Beattie resigned. This was due, in part, to the SFA only allowing 13 Scotland players to travel to the tournament despite a squad of 22 being named.

A 7-0 defeat to Uruguay in the next game was as inevitable as it was humiliating. Unfortunately, while preparations, performances and results would improve, it was the beginning of a long legacy in Scottish football of not getting out of the group.

Matt Busby was due to manage Scotland at their second World Cup in Sweden, but the serious injuries he suffered in the Munich disaster made this impossible. In a tournament remembered for Wales and Northern Ireland reaching the last eight, Scotland were a non-factor, going out with one point in three games.

They scored in all three games, and only lost by the odd goal to Paraguay and Just Fontaine's France, so it was certainly an improvement.

The '70s and '80s were a glorious time for Scottish football and great Scottish players. And while they had some famous moments in five consecutive World Cups, they somehow never made it out of the group.

The bad lucked started in West Germany in 1974 when an unbeaten team went out despite only conceding one goal in three games.

It was the first of a number of times Scotland would come up against Brazil in groups, getting a 0-0 draw against the world champions. Unfortunately, their 2-0 win over Zaire was the least of the three wins over the African nation and they went out on goal difference after a 1-1 draw with Yugoslavia.

It was a seemingly handy group, but it all went wrong with a 2-0 defeat to Peru in their first game. By the time Archie Gemmill scored one of the most famous World Cup goals of all time to beat eventual finalists Netherlands in the final game, it was all too late, and it was another group stage failure.

Scotland got off to a good start in Spain with a 5-2 hammering of group whipping boys New Zealand, but their second meeting with Brazil didn't go as well as the first,. They were on the receiving end of a 4-1 hiding in Seville.

Once again, it came down to the final game, with Scotland needing to beat the Soviet Union to qualify. They went ahead after 15 minutes, but ultimately needed a late equaliser to secure a 2-2 draw and another glorious failure.

At least there was a lot of goals this time.

1986 was the end of the Kenny Dalglish era, but there was still plenty of talent on display for another group exit. Alex Ferguson took the reigns for the tournament after Jock Stein's sudden death, and, in truth, a shadow was cast over their tournament from that moment on.

In the end, after the shock ommision of Alan Hansen, Scotland had a much tougher group than it seemed. Denmark, among the enduring stars of the tournament, beat them 1-0 in the opening game, before falling 2-1 to finalists West Germany in the second game. It was probably the least dramatic of the Scotland group exits.

It was Brazil for a third time for Scotland, but it was a game against a World Cup debutant that defined their Italia '90.

Costa Rica's 1-0 win in the opening game meant Scotland were in trouble again. They kept themselves alive with a 2-1 win over Sweden in the second game, but were unable to hang on against Brazil in the final game, conceding the only goal of the game in the 82nd minute.

At least they had an incredible away jersey.

Remarkably, despite an impeccable World Cup qualifying record all through the '70s and '80s, Scotland didn't qualify for a European Championships until 1992. A change of competition altered nothing however, and it was the same old story for the Scots.

With tournament favourites Germany and champions Holland in the group, it was always going to be an uphill battle in Sweden. The 3-0 win in the final against against the CIS was a dead rubber.

Of course, after making it in 1992, everything got a bit discombobulated for Scotland. They finally failed to reach a World Cup in 1994 after making five in a row. But they made it again to the Euros in '96, famously coming a cropper at Wembley to England and Paul Gascoigne.

After qualifying for six of seven World Cups, Scotland have not qualified since France '98.

There, they met Brazil for a fourth time, this time in the opening game of the tournament. A late OG was enough for another Brazil win in a spirited first game. A draw against Norway in the second game meant the dream was very much still alive going into the final game against unfancied Morocco. Surely this was the one. Scotland wouldn't come home too soon this time.

23 years passed until Scotland would again grace a major championships, but alas, the curse was not broken.

A genuinely impressive 0-0 draw at Wembley was far from enough in the end and the Scots deservedly finished bottom of the group. The wait goes on. It's 11 and counting. 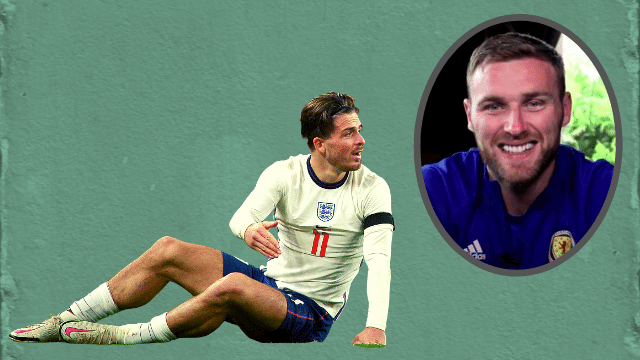