Steven Gerrard's Rangers secured an unbeaten end to their league season this afternoon, with their 4-0 victory over Aberdeen ending an impressive campaign on a high.

Those at Parkhead will be worried that this is the start of a new era of dominance for their cross city rivals, with Celtic entering into a period of transition.

They are likely to see a number of departures this summer, with captain Scott Brown amongst them. He played his final game for the club this afternoon in the 0-0 draw with Hibernian and is set to join Aberdeen in the coming weeks.

Scott Brown leaving the pitch as a Celtic player for the final time 👏 pic.twitter.com/z1TFOfmCTD

Speaking after that game, he said he would not trade his achievements at Celtic for anything. He also had time to aim one final dig at Rangers, saying they have not achieved a real 'invincible' domestic season, unlike Celtic who had gone unbeaten in all competitions on a number of occasions in recent years.

I would rather be in my situation than anybody else’s.

We’ve went proper Invincible throughout the whole season. We’ve done Treble after Treble after Treble and it’s not easy. ‘It does take a toll on everyone’s body. That’s what’s happened this year. We gave it everything we could but we’ve just not managed to get that 10.

I’m not an emotional guy, I take everything in my stride. I’ll miss playing in front of 60,000, I’ll miss not seeing and waving goodbye to the Celtic fans, but I’ll be back – I’ll be back in a nice Aberdeen strip. I’ll be looking forward to that.

Gordon Strachan played until he was 40. I’m not saying I’m going to play until I’m 40 but I’m going to give it a right good go.

Rangers won the league at a canter, but they were knocked out of the Scottish League Cup and Scottish Cup by St Mirren and St Johnstone respectively. 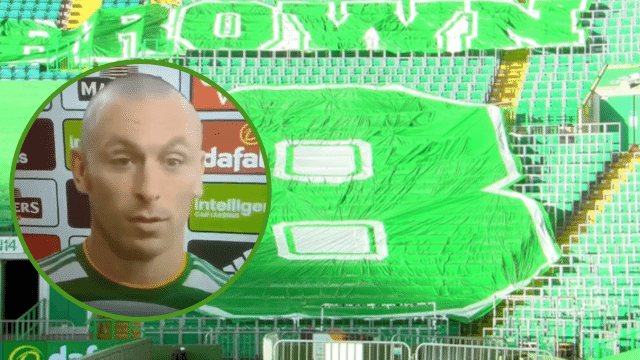