It's been a shocking season for Celtic. Going for 10 Scottish Premierships in a row, the end the season without a manager, without a trophy (outside of last season's Scottish Cup, technically won this season!). Not only that,  but with a game to go, they are an astonishing 22 points behind Rangers, who are 90 minutes away from going unbeaten for the league season. In Old Firms this season, they've had as many red cards as goals, scoring twice in four defeats and a draw.

The season is at least ending on a happier note though. Their last game at Celtic Park this season resulted in a 4-0 win over St. Johnstone last night and there was a fond farewell to a legend of the club.

Captain Scott Brown departs for Aberdeen in the summer after 14 seasons at the club, and as captain for the last 11 years. Brown captained Celtic to nine consecutive league titles, including four trebles in his time at Parkhead.

Last night, he signed off on his Parkhead career in a stadium sadly still without fans there to wish him a farewell. The seats of the stadium were covered with tributes for Browne though, and there was a sense of a tribute to the man who has been such a part of Celtic for so long, even without the crowd in the ground. As well as that, there was rare big win this season, an outrageous assist, and even a good old fashioned interview gaffe when speaking to Celtic TV after the game, and not realising they had gone live.

You can watch the highlights of last night's game, along that Brown assist, here.

Though Celtic fans couldn't be in attendance to bid farewell to a club legend, they were naturally active on social media to honour "Broony," including from his old teammate Paddy McCourt.

The thought of @ScottBrown8 playin his final game at paradise tonight infront of an empty stadium just doesn’t feel right or fair. When the time is right I hope @CelticFC can arrange a proper send off so the supporters can show their thanks to a man that has given them so much ☘️

An incredible 14 years comes to an end.

22 major trophies including 9IAR and a Quadtruple treble.

In the same way my Dad told me about Paul McStay, I hope to tell my future kids one day about Scott Brown.

He came, he saw, he conquered. 👑🍀 pic.twitter.com/BvgLAUCDfb

I’m no crying 😢 you are !! pic.twitter.com/VBfaD4tkpb

Playing his last game in an empty Celtic park was never how it should've been for Broony, when we are back to full stadiums Celtic need to sort out the send off he deserves and we deserve a chance to show him how much we appreciate all he done for us. pic.twitter.com/eDAjpGiCdX

Passing on the torch, what a magnificent career @ScottBrown8 has had at Celtic. Thanks for it all Broony, a few ups and downs along the way but his status at Celtic is assured. Captain, Leader & Legend. pic.twitter.com/9gO6vJ3qPR

Gutting we're not there for his last home appearance. Absolute hero 💚 #scottbrown great is a footballer but a even better person. Scott was always brilliant with me and wish him well at #aberdeenfc

My capacity to deal with my emotions on Scott brown can’t even be tweeted yet .....😭

Scott Brown will always be my captain.

Going to be strange without Scott Brown at Celtic next season

14 years and 22 trophies, thanks for everything @ScottBrown8 💚🍀 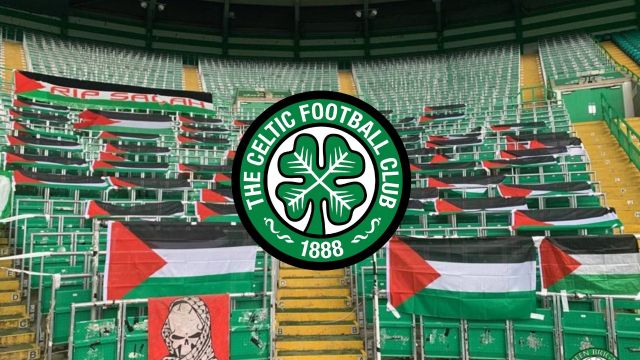