Celtic captain Scott Brown was the latest footballer to sit down and select the best team of players he has played with in his career for The Fantasy Football Club on Sky Sports.

Brown's team may not be the most impressive we'll see on the show, actually it's definitely not as the likes of Patrick Kluivert and Steven Gerrard have undertaken the task in recent times, but there are still some great names included and the vast majority of players chosen were his good friends which is always good to see.

Rather surprisingly, Robbie Keane was included in the side despite only playing alongside Brown for six-months but Brown explained that what he saw from the Ireland international during that spell was more than enough for him to make the cut.

In fact, the Celtic captain had some lovely things to say about Keano:

Here is Brown's team in full, featuring two of his good pals from his Hibs days that went on to play for Rangers: 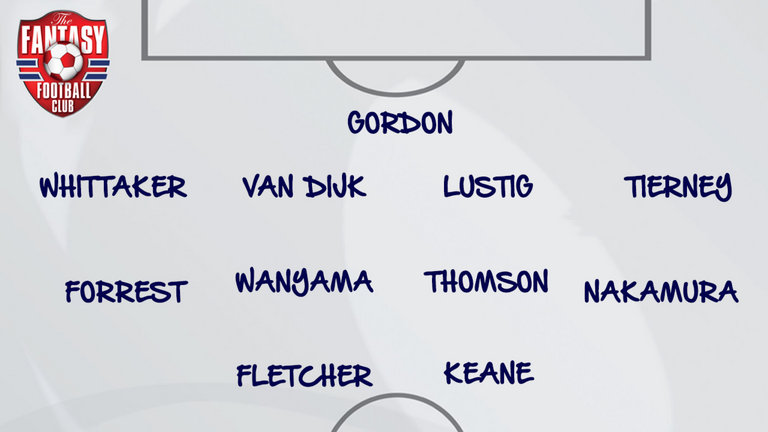 On Stephen Whittaker, Brown expressed his sadness that he 'went the other way' when both moved on from Hibernian.

He came through the youth team with me at Hibs. Sadly, he went one way and I went the other when we both came to Glasgow. We stayed great pals.

One thing people might not know, he was probably one of the best finishers at Hibs when we were both playing there.

Also interesting were Brown's comments on fan-favourite Shunsuke Nakamura, who he described as a model pro.

He was exceptional when I was first coming into the Celtic team. He would hit free-kicks for hours on end in training.

He was fantastic, hard-working, and the first person you would see stretching in the gym. Naka was always about keeping himself stretched and lean, the ultimate professional.

That's Scott Brown's teammates XI, and you can watch the video in full where he reveals his reason for each selection over on SkySports.com.