Of late, there have been signs that the honeymoon period may be over and the often harsh reality of marital life has set in. Whether it has or it hasn't, the majority of Manchester United fans remain overjoyed to have Ole Gunnar Solskjaer steering the Old Trafford ship and that isn't likely to change in the final throws of what looks like being another below average post-Ferguson season.

The truth is, he has a carte blanche until at least next August.

It'll be the additions and subtractions made this summer that will give United fans the first opportunity to pass fair judgement on the Norwegian. Make no mistake about it, it's not something he can afford to get wrong, especially if United fail to sneak into a Champions League qualifying berth inside the Premier League's top four come the end of May.  Those boyish smiles, reminders of '99 and being the breaker of Mourinho's chains will only act as currency for so long for a man who has very little in way of previous managerial clout. The boards at Molde and Cardiff City certainly didn't have the Glazer's gold, never mind their expectancies.

But before thoughts turn to who Manchester United can bring in to improve their squad, Solskjaer must sit down and contemplate what he is to do with Paul Pogba.

As much brooding and disinterested as he can be charismatic and brilliant, the French World Cup winner is probably the planet's most enigmatic footballer at the time being - an ingrained consistency that makes it very difficult for anyone to adhere to their own consistency as far as an opinion on him.

Unleashed from the bonds of negativity that seemed to be crushing him under the former manager's regime, Pogba flourished in the opening weeks of Solskjaer's tenure, scoring eight goals and providing six assists in that unbeaten run of twelve league games up until the March 10th humbling by Arsenal at the Emirates.

However, despite helping himself to two penalties in this evening's win over West Ham, the anonymity that has dogged much of his second spell at the Theatre of Dreams has wormed it's way back into performances of late, and worryingly it seems to exaserbate in game's where Pogba is needed most.

Another noteworthy-less showing against Barcelona at Old Trafford on Wednesday evening in the Champions League quarter-final compounded the poor game he had against Paris St. Germain at home when United went down 2-0 in the first leg of their last 16 tie. The fact he missed the euphoric reversal in Paris a fortnight later through suspension further raises eyebrows.

There is an argument to suggest that the man performs markedly when left to his own devices and in more of an advanced position in the United midfield, an argument that he shouldn't be left to go toe-to-toe with creative influences in opposing midfield's in so far as putting the shackles on them.

Having cost £90 odd million that argument is reduced to watery shite. It's also not OK to be just about cutting it playing for Manchester United. If the club is to return to challenging for titles any time soon, then marquee players must have enough respect for the badge and the history to feel that there presence at the club alone shouldn't be looked upon as "I'm doing you a favour".

So what are the solutions?

Undoubtedly when he's good, Pogba is very, very good and all the noises from the camp suggest that Solskjaer wants an engaged Paul Pogba to be part of his Manchester United plans for as long as possible. To achieve this, it's looking increasingly essential that United will have to either go back into the market in search of a midfield hound tasked with doing everything their star turn doesn't want to do - running, hassling, tracking, the non-footballing traits.

Nemanja Matic has too often disappointed, Fred doesn't look to quite fit that type of role, whilst other options such as Diego Dalot look to be, dare we suggest, too skilful and talented to be forced into such a thankless task. 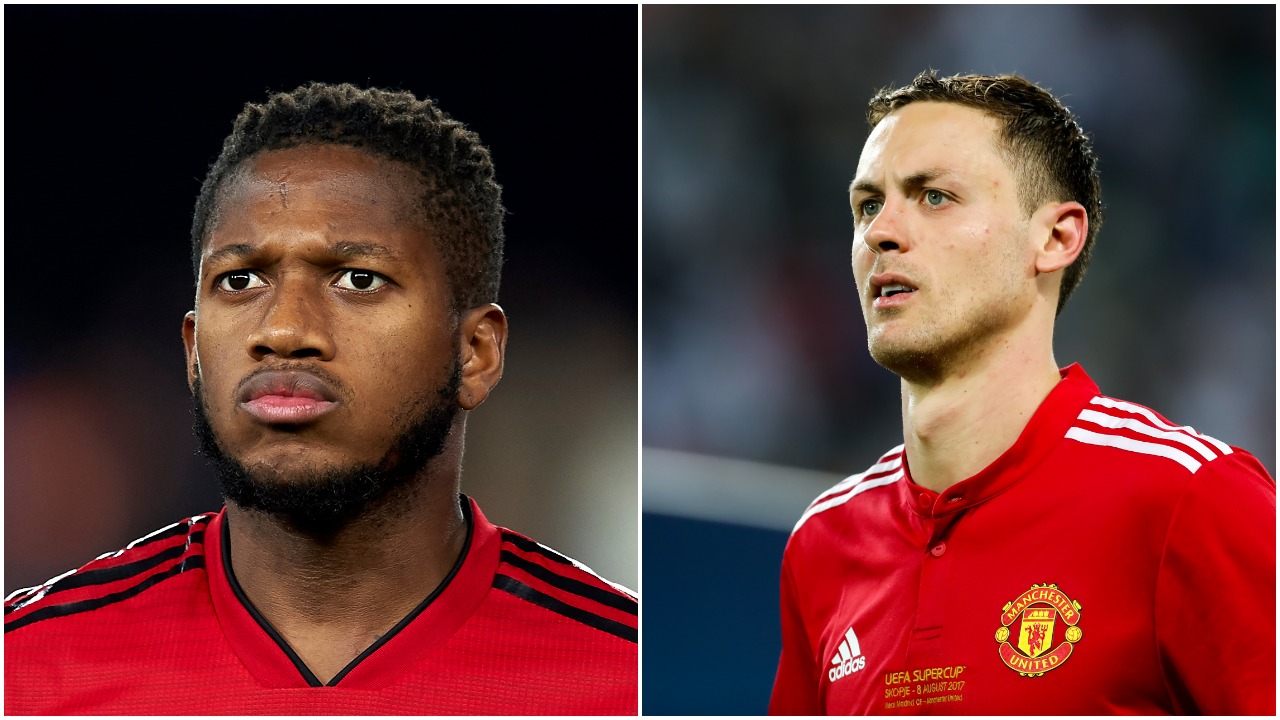 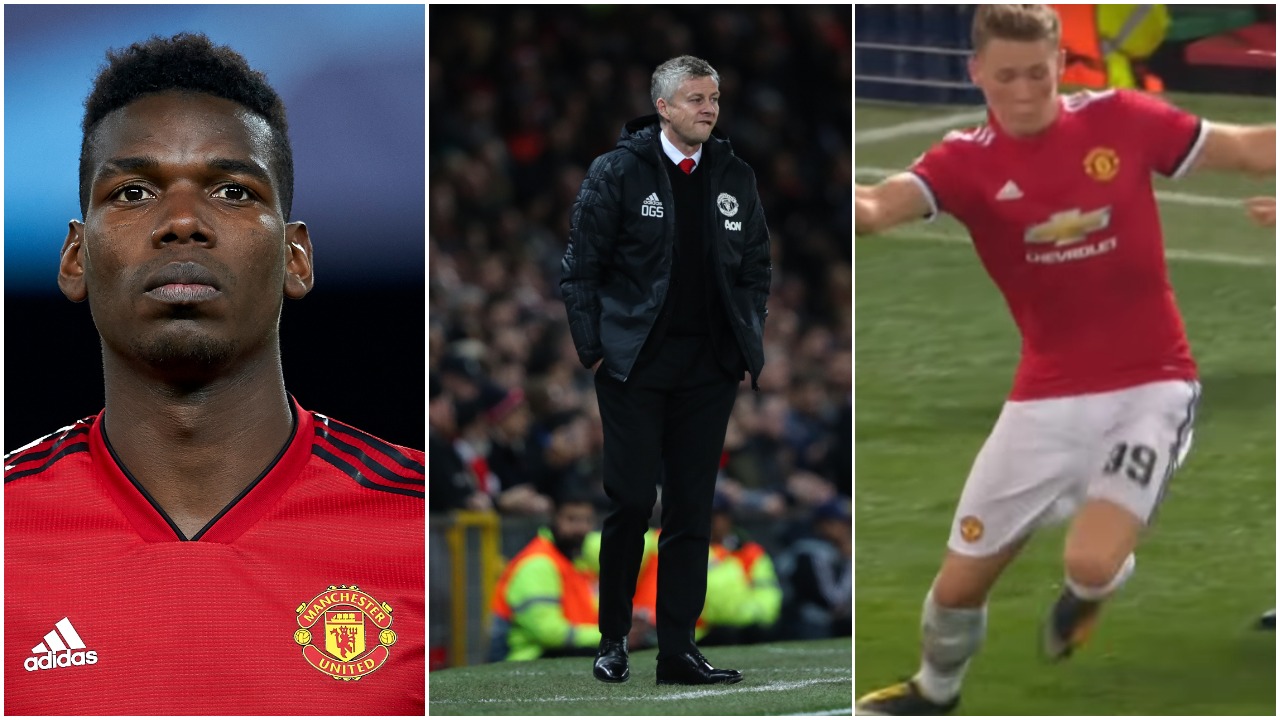 Let's call it like it is, able hound dogs are few and far between, simply because there's little to no enjoyment in it. How many young footballers dream about being being Ngolo Kante when they can be Antonie Greizmann?

With so few of these enablers available in the market place, Solskjaer seems to have one last hope in the shape of Scott McTominay, who has started to show signs of promise that he could step into the breach on a long-term basis and do a job.

The development of the youngster could be the most crucial factor in whether or not Pogba's continued stay at Old Trafford will be a successful one.

If McTominay is not able to step up to the required standard, and not able to step up more-or-less immediately, then it makes more sense for Solskjaer and United to bid Pogba au revoir. It's an open secret that Europe's biggest and wealthiest clubs are attracted to the star, and he certainly does little in terms of dousing the flames of any would-be suitors.

The current market would dictate that United would almost certainly be able to sell Pogba this summer at a profit, and would give Solskjaer a war chest with which he could lay the foundations for a Manchester United team in his own image.

The question is, does the club's latest supremo see Pogba as an integral part of that blueprint? We don't have to wait too long to find out.

SEE ALSO: 'I Went To See Sean Before Kick-Off And It Broke My Heart'