Football
May 7, 2022
By Gary Connaughton

It was quite the season for Mark Travers.

At the start of the campaign, the Kildare native was unsure of his place at Bournemouth. The club had been keen to recruit another goalkeeper for much of the summer, with a loan deal for Newcastle's Freddie Woodman falling at the final hurdle.

Had he come in then, there is every chance Travers would have been left sitting on the bench for most the last nine months. Such is the nature of top level football.

However, he certainly took his opportunity to shine. The Irishman kept a division best 20 clean sheets as Bournemouth secured promotion to the Premier League, putting in some incredible performances along the way.

By the time Woodman did arrive in January, there was no ousting Travers from the side.

🇮🇪| Mark Travers ends the Championship with another clean-sheet

This season will certainly do a huge amount for his development moving forward, while becoming no. 1 in a Premier League side should take his game to a whole new level. Scott Parker is certainly a big fan of his.

Speaking to Dorset Live, the Bournemouth manager said that Mark Travers epitomises everything his team are about. He also summed up how much this campaign would have helped the likes of him and fellow Irishman Gavin Kilkenny.

You looked at times thinking 'is he is he ready for this?' But we stuck with him. And more importantly, Mark Travers has worked tirelessly. He took the bumps along the way and improved drastically.

What the boys (Gaz Stewart and Rob Burch) have done with him is incredible. He epitomises it...

The bottom line now is can the players now step up at the next level. Can they produce performances and be a player that can be around the Premier League. And that's a test for a lot of these players.

Travers will be hoping to retain his place in the side after the promotion and there should be no reason that he wouldn't when you consider his performances this season.

He is also sure to have an eye on the Ireland no. 1 jersey, with Gavin Bazunu and Caoimhín Kelleher providing plenty of competition on that front.

Ireland's future is certainly bright in the goalkeeping position. 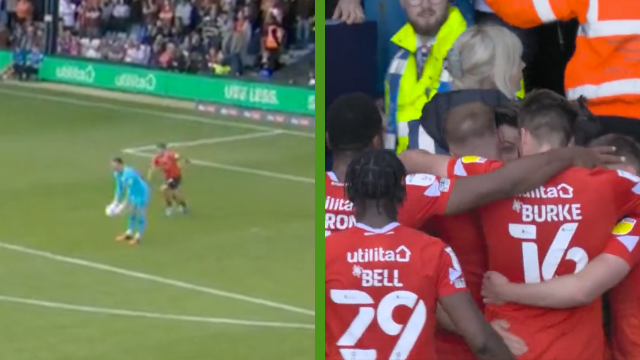 Football
3 months ago
By Gary Connaughton
Parker Full Of Praise For Mark Travers As Bournemouth Chase Competition
Football
4 months ago
By Gary Connaughton
Supple Feels Mark Travers Can't Be Overlooked In Ireland No 1 Race
Football
6 months ago
By Gary Connaughton
How Gavin Kilkenny Went From Bournemouth Afterthought To Potential Ireland Star
Popular on Balls
GAA
1 day ago
By PJ Browne
The Draw Has Been Made For Tailteann Cup Opening Rounds
GAA
2 days ago
By PJ Browne
Donal Óg Cusack Defends Dublin Hurlers After John Mullane Criticism
The Rewind
3 days ago
By Eoin Harrington
Watch: Brilliant Dermot Morgan Dublin Segment From 'The Travel Show' Resurfaces
Football
3 days ago
By Eoin Harrington
Alan Shearer Says Roy Keane "Ran Away" From Him After Famous Clash