Séamus Coleman Not Hanging Up International Boots Just Yet

That was most evident recently during the week - as the absence of Andrew Omobamidele transformed Coleman into a central role.

Playing as part of a back three alongside Shane Duffy and John Egan, the Everton man put in a stellar performance to keep Portugal at bay.

Speaking to RTÉ Sport, Coleman says he's ready to be a part of the Republic of Ireland squad for many years to come.

"As long as I warrant my place in the team with my performances at club level, then yes," he said. "I don't want to be in the team to be an experienced player."

"I want to have a reason to be here and that is to be on the pitch. If I'm doing the business at club level and the international manager wants to pick me, I'll be available."

Happy Birthday Seamus Coleman, Everton through and through.

Coleman has enjoyed more game time under new Everton manager Rafa Benitez. The Spaniard has maintained the Donegal man in the right-back spot when fit.

Last season, he started just 18 Premier League games due to injury issues and Carlo Ancelotti's rotations. But Coleman knows he'll have to overcome his injury history.

"I always put it this way - if I'm fit, I'm fit. Whether that be for Everton or Ireland, I will give my all."

"I've had a few niggles and sometimes if I was like maybe another player and putting myself first, then maybe the niggles wouldn't recur."

"Revenge mission? I don't want to look at it like that..."

As Stephen Kenny and co prepare for their last World Cup qualifier against Luxembourg, Coleman's services will be relied upon once again.

His captaincy at club and international level shows the importance of his influence in the dressing room. But he's not looking to be kept around as an ambassador.

"If the team needs me - Everton or Ireland - I'm there for the team and I will do all I can to play," he told RTÉ Sport.

"I'm not one of those players who is thinking about retiring from Ireland because it means so much to me. Whatever form I'm in at the time and if it warrants a place in the national team, then I will be available."

After the World Cup qualifying campaign ends, the Republic of Ireland will turn their attention to next year's Nations League and qualification for Euro 2024. 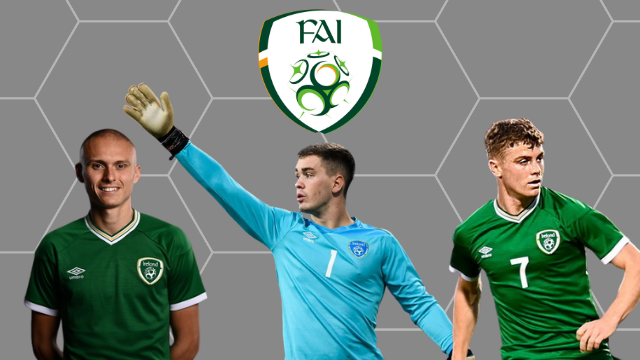