If you're stuck for a laugh this evening, there are worse things you could do for yourself than go and have a gander at the Wikipedia page of Uruguayan striker Sebastián Abreu.

Lads and lasses of a certain vintage may even recall the long greasy locks of the man they call "El Loco" - although it helps if Championship Manager was your chosen deity through the early noughties.

Born in the valley city of Minas in the South American nation, he would represent his country on a respectable 70 occasions and chipped in with a goal in every three whilst he was it.

He stills lacing the boots at 42 years of age, having signed for Brazilian Série D side Rio de Branco at Christmas time.

Should the man's age not bring a rise to your brows, what might impress you and those currently scrolling the hitman's former clubs on the online encyclopedia, is that the list could well be considered a novella.

28 feckin' times this man has walked into a new football club and called it home and unsurprisingly, that's a world record.

Having spent his formative years in the Uruguayan capital Montevideo with Defensor, the then-teenage El Loco put in his first call to the home removal men, crossing the border to play with Argentinian side San Lorenzo.

It was here where he would attract attention from Europe, and when La Liga giants and Champions League frequenters Deportivo La Coruna came calling with an €11 million in 1998, Abreu looked destined to go on to have a fruitful career on the continent.

Things started well. He netted the 85th-minute winner on his debut against Sporting Gijon before finding himself on the score sheet again when toppling Barcelona at home three weeks later. But the goals quickly began to dry up, and he would only score once more before the end of that season. 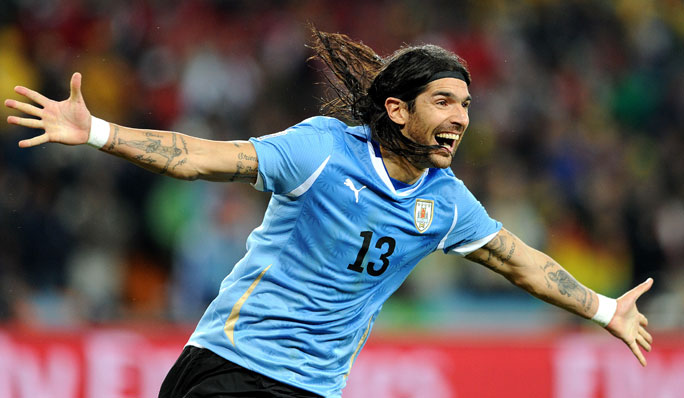 Before the calendar year was out, Abreu was on his bike again, completing the first of what would be seven - YES, SEVEN! - loan moves over a six-year period whilst contracted to the Spanish side.

First stop Porto Alegre, Brazil and Gremio, before a move north in 1999 to Mexican outfit Tecos. He was back to San Lorenzo with his first move of the new millennium, before returning to his homeland in 2001 with Club Nacional.

It's at this point we should remind you that it wasn't as if he didn't know where the back of the net was. He scored sixteen goals in eighteen league appearances at that first stint at Club Nacional and scored a brilliant 34 in 39 when he moved back to Mexico the year after with Cruz Azul.

Still not content, he would play for Club America before heading back to Tecos in 2003 and 2004 respectively before he stopped taking the piss for awhile and secured a permanent move to Club Nacional in 2005.

Or so we thought.

He certainly liked Mexico, we can say that much. By the middle of 2008, he had managed the almost impossible, playing for four different Mexican sides in as many years. Like, WTF!

Dorados, Monterrey, San Luis and Tigres all played host to the nomadic goal-getter. He swindled a move to River Plate for a lock of weeks before signing for Beitar Jerusalem, playing a couple of Champions League qualifiers and going "fuck this, I'm away back to River Plate".

Not eligible to play league games due to not having signed in time to register for the 2008-09 season at El Monumental, he was restricted to Copa Sudamericana games, which no one will be surprised to hear he soon bored of.

Back to Spain, he went after a decade away and to Real Sociedad on loan, who were busting to get back to La Liga. They failed and European road trip continued on to Greece and Aris Thessaloniki.

A new decade and a new club, of course. 2010 saw him move to Botafogo in Brazil and - amazingly - he stayed long enough to make a few mates. In two seasons at the Rio de Janeiro side, Abreu scored 55 goals, but did manage another loan at fellow Brazilian club Figuierense in 2012. 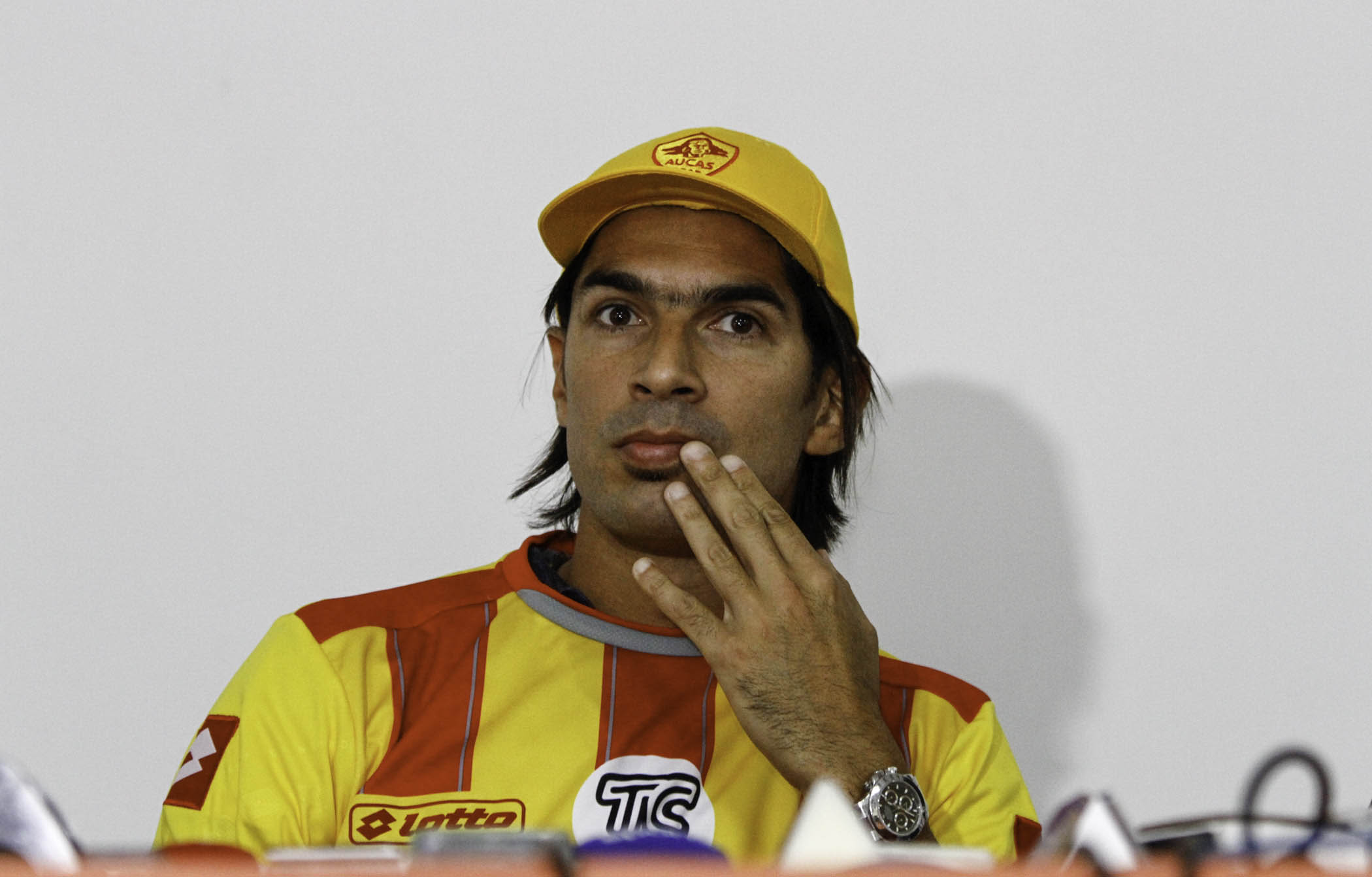 A third spell at Nacional came in 2013 after the now 36-year-old was dismissed by Botafogo via a Twitter post.

He was contracted to the Monteviedo side for two seasons, but ultimately took in Rosario Central in Argentina and Ecuadorian side Aucas before his deal came to an end in 2015.

The last three and a half years have at least saw "El Loco" stay on the same continent.

2016 saw a venture to Paraguay with Sol de America and a nip up to El Salvador with Santa Tecla.

2017, started in Brazil with Bangu, before spells in Montevideo with Central Espanol and in Chile with Puero Montt.

Last years move to Audax Italiano saw him eventually break the world record, his 26th different club. It wasn't all he broke. It all went sour in a big way, with the big man throwing a broken table into the crowd in a fit of anger after one game.

He ended the year at another Chilean club Deportes Megallanes before his Christmas move back to Brazil.

So now you know, Sebastián Abreu - El Loco - does exactly what he says on the tin. A fucking mooncat!