Ajax Have Just Committed One Of Football Manager's Cardinal Sins

There is no game that plays on your emotions the way Football Manager can. At one stage or another, we have all become completely obsessed with our own virtual team.

It's probably a bit sad to say that your day can be ruined by a last minute goal in a computer game, but it is very much the case. That is without even mentioning the fact that you spend all of your time away from the laptop thinking about gegenpress and trequartistas.

When you put so much time into your save, it can be heartbreaking when a small oversight has a big impact on the fortunes of your team.

One of the most common mistakes people make is forgetting to add a new signing to your league or European squad at the end of the transfer window, leaving them unable to play in that competition. It will drive you mad when you can't use your new £40million striker in Football Manager, but surely such a thing could never happen in real life?

Think again. Ajax have just made that very blunder.

The Dutch side splashed the cash during the January transfer window, spending a club record €22.5million to sign striker Sebastien Haller from West Ham. The Frenchman has had a great start to life in the Eredivisie, scoring two goals and assisting four more in six appearances.

However, he won't be featuring for Ajax in the Europa League this season. That is because the club forgot to include their new big money signing in their squad list for the tournament, as confirmed by spokesman Miel Brinkhuis when speaking to AD:

He is indeed not on the list, we are trying to find out what went wrong. We have contacted the KNVB and UEFA.

Ajax are trying to rectify the situation, but as things stand Haller will not be allowed to feature in their upcoming tie against Lille.

We know their pain.

SEE ALSO: Irish Players That Moved (And Those That Didn't) In The January Transfer Window 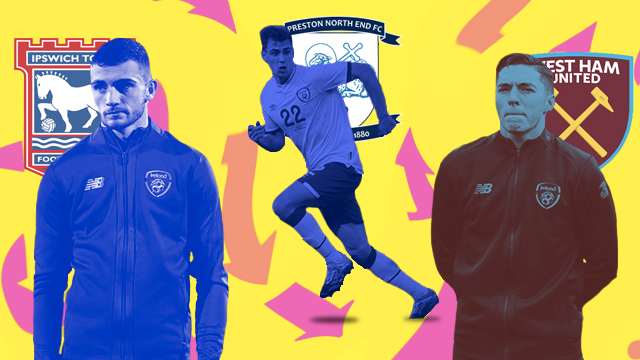 Football
1 week ago
By Andrew Dempsey
Chris Sutton Furious As He And Lennon Refused Access To Ibrox
Football
1 month ago
By Gary Connaughton
Watch: Celtic Concede Two Of The Most Hilarious Goals You Will Ever See
Previous Next

Football
1 week ago
By Balls Team
Ange Postecoglou Sees ‘Good Signs’ For Celtic After Losing Betis Thriller
Football
1 week ago
By Andrew Dempsey
Chris Sutton Furious As He And Lennon Refused Access To Ibrox
Football
1 month ago
By Gary Connaughton
Watch: Celtic Concede Two Of The Most Hilarious Goals You Will Ever See
Popular on Balls
Golf
16 hours ago
By Donny Mahoney
'I'm Made For This': Shane Lowry Inspires Europe With Epic Putt