From Delivery Boy To Serie A: The Astonishing Rise Of Junior Messias

Only those paying close attention to the Serie A would know the story of Messias, but following his Champions League winner against Atletico Madrid on Wednesday, his name is going to reach the ears of fans far and wide.

The rise of Junior Messias 🤩

Despite his rags to riches story, his early footballing career was rather successful as he played youth football for Brazilian powerhouses Cruzeiro.

However,  the years that followed did not initially bear fruit, and the young footballer seemed destined to take his place with the vast majority of players who don’t make it.

‘Making it’ in the most popular sport in the world is rare, but if you’re young with no major commitments and supportive parent, it does make it easier.

But Junior didn’t have these luxuries and his number one priority was providing for his wife and two children.

His rise is a testament to the importance of loving the game. Junior’s love for the game was quite clearly insatiable, even after failing in Brazil and making the decision to follow his brother to Turin.

It was this love for the game that brought him to play for a local team that catered for the Peruvian community. Of course, football at this time was just a hobby for him, while his income came from job as a delivery man.

Enter Ezio Rossi. Rossi is a former Serie A player who togged out in the likes of Turin and Verona in the 80s and 90s.

He spots Messias playing in an amateur match and persuades him to come and play for Casale and Messias helps guide them to Serie D.

Serie D is the top level of non-professional football in Italy, and ranks one below the Serie C which is the third tier of Italian pro-football.

Serie D is also divided into nine different leagues based on region.

Messias’ career was  now beginning to bear fruit, but playing in Serie A or even Serie B was still something of a far-fetched dream.

Nevertheless, his love for the game drove him on and he signed for Chieri and helped them win the Coppa Italia Serie D in 2017.

His performances were eye-catching and were enough to garner interest from Serie B side Pro Vercelli, but due to passport issues Messia was unable to sign for them.

In the meantime he togged out for Gozzano and lead them to the Group A Serie D title and promotion to Serie C in 2018.

He spent two seasons with Gozzano before Crotone in Sera B came calling. He made his Serie B debut with them in 2019, and scored his first goal for Crotone in December of the same year.

The Brazilian had officially defied the odds and had made it in professional football all on his own. Had he retired there and then his story would still be one worth telling.

It's a birthday goal for Junior Messias, who puts the home side in control with a low finish 🎂👏

But the best and most amazing moments were yet to come. The first of these moments was his loan move to the giants of Italian football AC Milan earlier this year.

It was only last month on October 4th when he made his Serie A debut, coming on as a substitute in a 3-2 win over Atalanta.

And this week came the climax to his real-life movie. In a must win Champions League game against Atletico, he pops up in the 87th minute to score the winning goal.

With more eyes on him now, it will be fascinating to see where his journey takes him. Will Wednesday’s goal be his Everest, or will there be more movie script moments?

Given the obstacles he has overcome thus far, a call up to the Brazilian national side may not be as far-fetched as it seems.

One thing that is certain is that every football fan, everyone who loves the beautiful game, will be rooting for the man from Belo Horizonte.

See Also: Just Who Is Ralf Rangnick And Why Did Manchester United Want Him? 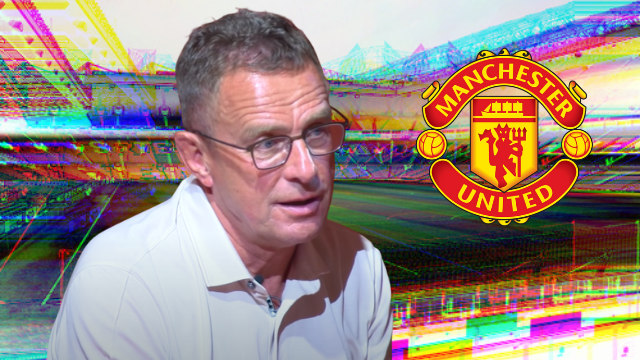 Football
2 weeks ago
By Sean Meehan
Remembering The Wonderful Scrap Between Rino Gattuso And Joe Jordan
Football
1 month ago
By Balls Team
A Timely Reminder That The 2004 Champions League Quarter-Finals Were Frankly Bonkers
Football
2 months ago
By Eoin Harrington
There Was Late Champions League Drama Aplenty On Wednesday Night
Popular on Balls
Rugby
1 day ago
By Colman Stanley
Bundee Aki Apologises For Confronting Ref After Connacht Concede Late Try
Football
1 day ago
By Gary Connaughton
Report: Newcastle United Lining Up Move For Euro 2020 Star
Snooker
8 hours ago
By Gary Connaughton
Ronnie O'Sullivan Couldn't Get Over Stunning Mark Williams Escape Shot
Rugby
2 days ago
By Jonathan Browne
Who Is Karl Martin? Meet The Young Drogheda Man Making His Debut Against Leinster