The world of football has become more and more commercialised, and clubs are now starting to amass a ridiculous amount of official sponsors and partners.

It is now common for teams to have official tyre partners, medical supply partners, and so on. With such a long list of associated brands, it is not surprising that some of them are just downright weird.

Here are some of the best.

Spurs unveiling Dulux as their official paint supplier earlier today was strange enough, but the company's Twitter account soon absolutely going to town on the Premier League club's failings in recent years brought the thing to a whole other level.

Responding to tweets from rival supporters, they would slag off Spurs' centre backs and their lack of trophies.

Unsurprisingly, the tweets were quickly deleted. All in a days work.

Chaokoh is a Thai brand, acting as the official coconut water of Liverpool FC.

Having an official coconut water is a strange move in itself, but this series of hilarious cooking tutorials starring Simon Mignolet really tip it over the edge.

To be fair, both the club and the brand would redeem themselves last year with this pretty funny skit.

Manchester City entered a multi-year partnership with the dating app in April of 2018, announcing the deal with an absolutely horrific blimp.

Calling all football fans ⚽ Get ready for the #perfectmatch! Tinder has taken to the skies to say we swipe right on Manchester City FC. Join us as we kick off an exciting new partnership with @ManCity and Cityzens all over the world. It’s going to be a game changer pic.twitter.com/ds9RNZkK3y

Looking unbeatable at the time of unveiling the deal, City would lose three times in the space of a week. They were dumped out of the Champions League by Liverpool and surrendered a 2-0 lead to lose at home to Manchester United in the league.

The popular app was the sleeve sponsor of Everton for a couple of seasons, taking their partnership to some strange places.

At one stage they even released new in-game characters based on Everton players Theo Walcott, Cenk Tosun and Gylfi Sigurðsson.

🐦 | Introducing the first footballers to feature in @AngryBirds...

The Spanish side having the fast food giant as a jersey sponsor is not a strange move in itself, but the kit which featured their name in the 2009/10 season was downright bizarre.

Featuring the company's logo on the front of the shirt as one would expect, the inside of the jersey featured the face of the Burger King himself, which could be exposed when players lifted their shirt to celebrate a goal.

A real whopper of a kit.

Barcelona is up 1-0 vs. Getafe, but Getafe can never really lose after letting Burger King do this to their shirts. pic.twitter.com/SGL6AGlkS2

A good mascot is hard to beat, but West Brom really turned up the heat with their new addition for the 2017/18 season.

'Boiler Man' was introduced before their opening game of the campaign, with some quick to proclaim him to be the best mascot of all time.

Boiler Man's arrival at the club coincided with a partnership deal with 'Ideal Boiler', who were also the shirt sponsors.

Show me a better mascot than West Brom's Boiler Man and I'll show you a liar. pic.twitter.com/liNGzcJjGb

With sleeve sponsors being allowed in the Premier League for the first time last season, Arsenal announced that the Rwandan tourism board would take up spot on their shirt for the next three seasons.

The decision for the poverty-stricken African country to shell out £30 million on the deal has been widely panned, with Rwandan president Paul Kagame known to be a big supporter of the North London club.

However many in the country believe that this investment could result in huge revenue coming into the country, some speculating as much as £300 million.

Either way, it looks peculiar on the Arsenal kit.

Wow- Visit Rwanda is now the official tourism partner for @Arsenal football club.
'visit Rwanda' to feature on sleeves of kit worn by players, while adverts will be on boards/screens at the Emirates.
(On a sidenote I believe @PaulKagame is an Arsenal fan) pic.twitter.com/5dD99BtxHR

For all that can be said about Ed Woodward's struggles in the transfer market, the man certainly knows how to strike a deal with a sponsor.

Manchester United amazingly have around 60 official sponsors and partners, some of which are just plain weird.

Chinese company Mlily is the club's official mattress and pillow partner, while they also had an official tractor.

Keep on doing what you're doing Ed. 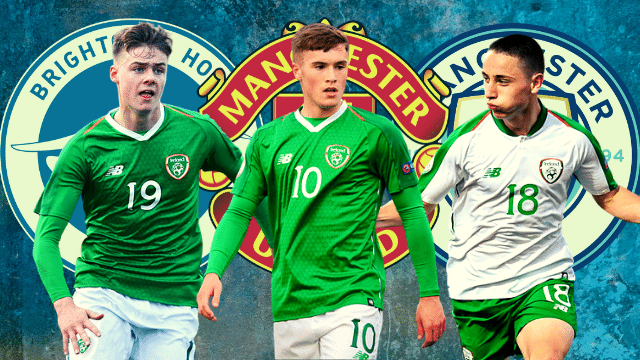