Having completed the signing of Dundalk's Sean Hoare earlier in the week, Shamrock Rovers have bolstered their ranks by signing Sean Gannon from Dundalk and Daniel Mandroiu from Bohs.

Gannon returns to Tallaght where he started his career, making 16 appearances for the Hoops before leaving for St Patrick's Athletic in 2013. In the intervening period, Gannon has won six league titles, one with Pat's and five with Dundalk.

Mandroiu joins the Hoops from cross-city rivals Bohemians. The attacking midfielder, who's arrival could spell the end of Jack Byrne's stellar Rovers career, enjoyed a brilliant start to life in the League of Ireland in 2019 before enduring a tumultuous 2020 season.

As Mandroiu is under 23 and was offered a contract at Bohemians, Rovers will have to paid their bitter rivals compensation for the Ireland under 21 international's services.

Shamrock Rovers boss Stephen Bradley spoke glowingly about the arrivals of both players. On Gannon, Bradley said that the deal moved quickly, with the right-back stating that he had unfinished business at Rovers.

"He’s an all-round top right-back and he adds to us so we’re delighted to get him. He’s probably one of the most successful players to ever play in the league and he’s only 29.

"He’s still a good age so we feel that there’s a lot of football left in Sean and we’re delighted that he sees that here with Shamrock Rovers.

"You need players that are hungry to win things and Sean, even though he’s won a lot, is still really hungry to go and achieve and add more trophies and medals."

On Mandroiu, Bradley stressed that although he has a lot of potential, it's paramount that both player and club work in tandem to take him to the next level.

"There’s so much more to his game than his goals, there’s so much potential in Danny and it’s up to us and him that we try and get that out of him, to take him to the next level.

"I think he wants to go and do his talking on the pitch now. He’s really keen to get started with us and get working and we’re really looking forward to working with him."

SEE ALSO: Jon Daly Says Uproar Over His Move To Rangers Was 'Nonsense' 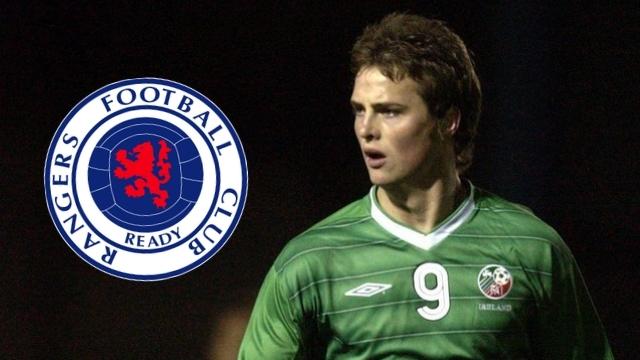