Shamrock Rovers strongly criticised the FAI after their decision to create a "mini-league" format for the U14 division of underage football for 2022.

Rovers were not the only ones unhappy with the decision, which they claim denies young players the opportunity to maximise their potential.

The FAI voted this week to delay the start to the U14 league season by four months. Having been scheduled to start in March, the 2022 league will now start in July, eight months after the completion of the 2021 season.

None of the other major underage leagues have been affected by date or format changes.

Clubs have been unanimous in their disapproval, but Shamrock Rovers have been the most vocal in criticising the move. They released a statement on Friday afternoon slamming the move.

Citing examples of the success of their underage teams against major European opposition in recent years, Rovers questioned the rationale behind the decision and urged the FAI to reverse the format change at the earliest opportunity.

Shamrock Rovers F.C. is astounded by the decision taken by the Board of FAI to divert from the agreed National underage competitions calendar and introduce what can only be described as a ‘mini league’ in the National Under 14 League competition from 2022.

The club calls upon Roy Barrett, as Independent Chair of the FAI, to explain fully the reason why this age group should play a different calendar to all other National League competitions and why are they being denied the opportunity to maximise their talent playing a full season of football?

This decision affects the players – children aged 13/14 are being obstructed in developing their talent by a completely random, ill-thought-out decision made by the FAI Board.

We understand that that this decision was taken against the advice of senior FAI officials.

It seems that the expertise, knowledge, and good faith of all these people/entities has been ignored by the FAI Board for reasons we simply cannot fathom.

We ask for the decision to be reversed for the benefit of the children representing the clubs involved in this competition.

The news comes just days after Ruud Dokter formally left his post in the FAI. The reaction on social media has largely backed the stance Rovers took.

I’m really disappointed hearing about the U.14 @SSEAirtricityLg being put back to July!!! Few reasons:

- This was ratified and agreed by NLEC in August.
- People within LOI fully against this.
- No transparency whatsoever with clubs!!
- Really smells of previous regime. 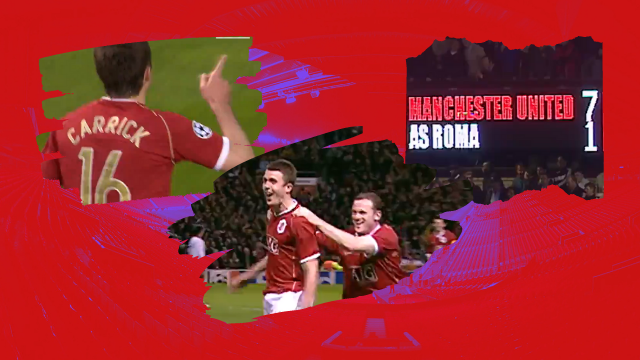 Football
1 day ago
By Colman Stanley
Michael D. Higgins Gives Rallying Cry For League Of Ireland On Late Late
Football
5 days ago
By John Dodge
The Greatest LOI Wrap Up In The World: Ruthless Rovers And Athlone Town Women Rising
Football
1 week ago
By Colman Stanley
'You Get To Express Yourself': Will Patching Thriving At Derry City
Popular on Balls
Football
1 day ago
By Gary Connaughton
Latest Spurs Transfer Rumour Could Be Good News For Gavin Bazunu
Golf
3 days ago
By Gary Connaughton
Padraig Harrington Glad He Didn't Have To 'Make A Decision' On Saudi Golf League
28