Shane Duffy Speaks Honestly About Journey Back From 'Rock Bottom'

Ireland international Shane Duffy admitted that he hit 'rock-bottom' while on loan with Celtic last season.

The Derry man has endured a difficult 16 months on and off the pitch, following the loss of his beloved father Brian in May 2020. He had not played in the Premier League for Brighton since June 2020, and it was hoped a loan move last autumn to Celtic might provide a new purpose.

However, Duffy had a terrible time during a nightmare season for Celtic on the whole, and returned to Brighton at the start of the summer at a crossroads in his career.

Duffy was an unlikely addition to the Brighton XI for their season opener against Burnley on Saturday. In the end, Brighton fought back to win 2-1 and Duffy was voted Brighton's Man of the Match.

Speaking to the Brighton website after the match, Duffy gave a very honest interview about the difficulties he'd had to overcome in the last year.

“When I came back after my loan it was a big weight off my shoulders,. It was like I came home and the comfort started to come back.

“When you hit rock bottom that is the reality check. A lot was going wrong off the field , which was difficult for me. I had to get through that and that was tough mentally.

After the year I had I was in a really low place and thought the Premier League was probably over for me.

But I have got good people around me and at the club. This club is so good for me and it feels like home.

Everyone knows I had a tough year up at Celtic, and off the pitch it was quite difficult for me.

So I changed a few things in my life, over the last few months. I have come back with a different mindset and approach to things.

Despite turning in an impressive display, the former Everton and Blackburn defender admits he is still unsure as to what comes next.

But he is certain that he can help Brighton achieve their goals this season, looking to prove his own doubters wrong.

"I feels like I can help the squad, even if at times I am not playing, and it was really nice to get back on the grass," he adds.

The lads have been brilliant around me. I had a few doubts in my own head. But the character I am, I have been proving people wrong all my career. And that is what I have got to do again, hit the restart button.

“I started from scratch and aimed to prove people wrong. It is only one game and a lot can still happen, but as long as I am here I’ll try and help the team.

Whether that’s on the pitch or off the pitch with the younger lads, that is what I am here to do. 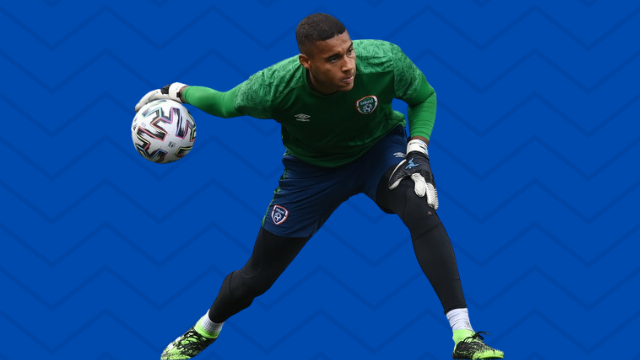 Football
4 months ago
By Jonathan Byrne
Duffy's Redemption Complete As Potter Won't Replace £50 Million White
Football
5 months ago
By Andrew Dempsey
A Debut At 14 To Brighton's First Team At 16, The Rising Star Of Evan Ferguson
Football
5 months ago
By Gary Connaughton
After The Year From Hell, Shane Duffy Has Gotten His Mojo Back
Popular on Balls
Football
2 days ago
By PJ Browne
Ireland's Lee O'Connor Says It Was An 'Easy Decision' To Leave Celtic
Football
1 day ago
By Eoin Harrington
Quiz: Name Every Player To Score In A Champions League Final
52