'He Knows What To Expect When He’s Up Against Us'

Familiarity breeds contempt - contempt may be too harsh a word, for the moment, but the Danish jersey is certainly becoming a little irksome for the Republic of Ireland.

Maybe for fans in particular, since three of their last four meetings have ended as dour 0-0 draws.

The one entertaining encounter being Denmarks 5-1 rout at the Aviva Stadium, which saw Shane Duffy leaping like a salmon to nod home the game's opener. Unfortunately, it would be the last time Irish fans would cheer on that night as Premier League star Christian Eriksen produced a masterclass, living up to his reputation and finishing with a hat-trick.

Duffy is unlikely to be on the Danish playmaker's shoulder all night on Friday, but he will be tasked with organising the defence to ensure the Tottenham star's influence is minimised as much as possible. 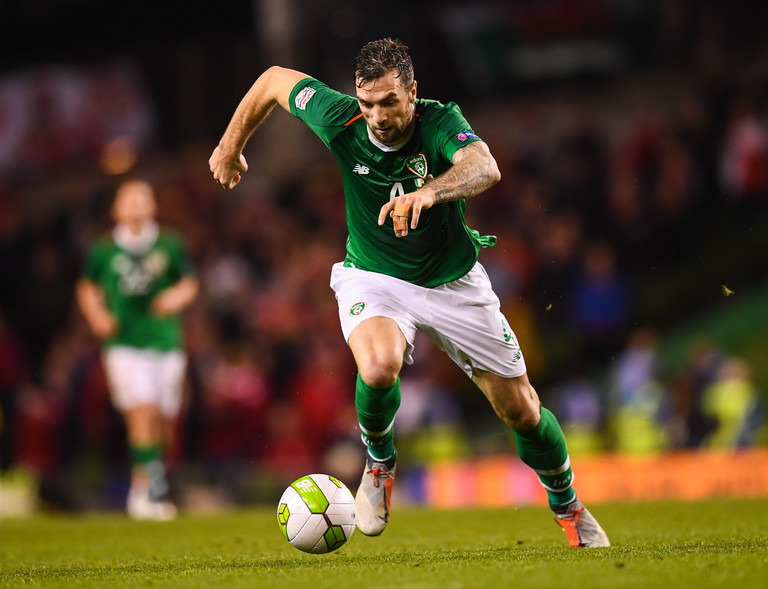 "He’s a top player." said Duffy in the build-up to Friday's game at the Parken Stadium.

He’s a big player for Denmark as well, so he won’t want to let his teammates or his country down so I’m sure he will be up for it and trying to beat us.

We all know him - I played him a couple of times this season already and the last four games with Denmark, so he knows what to expect when he’s up against us.

We are a lot closer than what people think. The 5-1 game is probably the only one where we were outclassed and outplayed on the night.

People have their opinions on everyone. We believe in the squad that we are a lot closer and we can beat them on the night. As long as we believe that in the dressing room, that’s probably the most important thing because we are going out there to try and beat them.

Meanwhile, arguably Ireland's in-form player may not earn a starting spot. Matt Doherty, as of yet, has been unable to reproduce the form he has shown at Wolves in the Irish set-up. And with captain Seamus Coleman occupying the same position, Doherty may have to remain satisfied, once again, with a place on the bench. 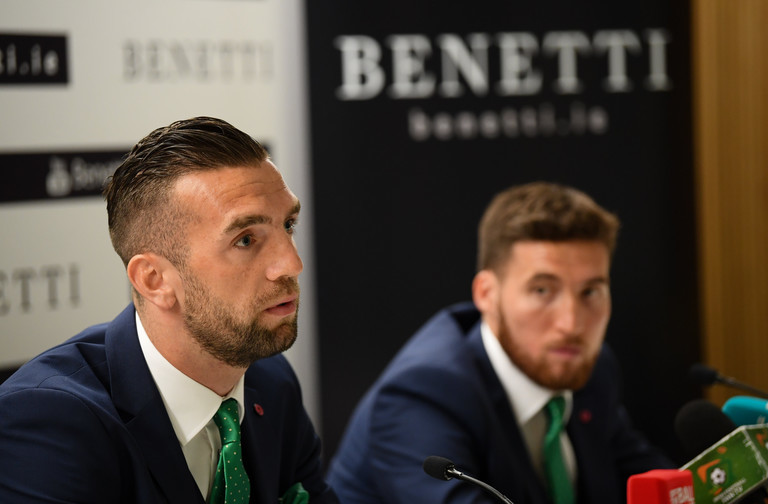 It's something a close-knit Irish squad have talked about in private and, according to Duffy, teammates have a lot of sympathy for the 27-year-old Dubliner.

We actually do, we sit down – me, him and Seamus are quite close in the camp anyway, so we do talk about it and, as Matt said before, he understands sometimes you have to bide your time and wait.

The level of right-backs we have in this squad - it's probably one of the strongest positions in the squad, so it's difficult for him and that's sort of the lot of a footballer. He's very unlucky that [Coleman is] the captain and the level Seamus plays to, as well, is very high.

I'm sure that pushes Matt on as well to try to get better and better.

Nevertheless, the centre-half believes the team, as a whole, have a winning mentality which can stand to them as they bid to beat the Danes for the first time since 2007.

"We have got to play our game, I think that’s what the manager said since he first came in.

"He wants to play his way, our way, and we are worried more about us than other teams. That’s the approach that we will hopefully take, and go out there and put our stamp on the game and go for it.

"Like I said before, we have got to have the winning mentality in the group, and I think that’s what we have."