Gary Breen's prediction that Shane Duffy's goal tally would get into double figures for Celtic this season always seemed plausible. In fact, the forecast that the centre-back would just score more than nine goals this season maybe have been a gross underestimation.

Duffy scored his second goal of the season for Celtic on Wednesday night. It was again a header from a set piece. This time, it was far more important than the third goal in a 5-0 win. It was the equalising goal in a 2-1 victory over St Mirren - Celtic's fourth consecutive win in the league.

Lee Erwin gave St Mirren the lead after three minutes. That advantage lasted 18 minutes until Ryan Christie swung in a free kick from the right and Duffy met it with his head. That's two games for Duffy in a Celtic jersey, two goals.

Shane Duffy is going to score more goals than Messi this season with this kind of markingpic.twitter.com/IegHCKio03

Celtic took the lead nine minutes before the break through James Forrest. The margin of victory should have been even larger but Odsonne Edouard missed a 74th minute penalty.

The win leaves Celtic three points behind Rangers, though they do have a game in hand. 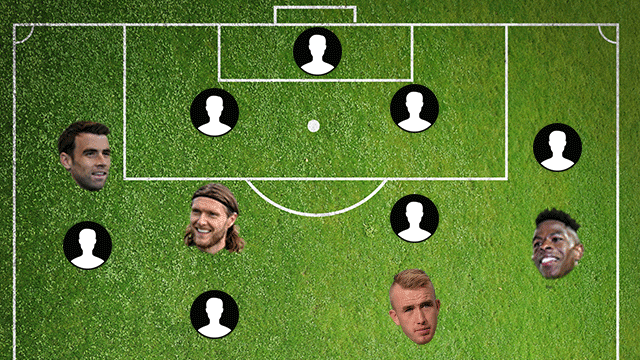