Shane Duffy admits he got goose bumps when cheered into Celtic Park by fans who had previously turned on the team.

The Parkhead board had urged supporters not to turn up before the Kilmarnock match on Sunday to protest for change as they had done after both the Betfred Cup defeat to Ross County and the Premiership draw with St Johnstone.

Before the behind-closed-doors match against Killie, a few hundred fans assembled in the heavy rain.

There were chants of ‘sack the board’ as a banner saying ‘back the team, sack the board’ was held up in front of the main stand but supporters cheered the players off their team bus.

The Republic of Ireland defender, a life-long Hoops fan, scored the second in a 2-0 win following Mohamed Elyounoussi’s deflected opener to keep Celtic 13 points behind Rangers at the top of the Premiership with two games in hand.

Afterwards Duffy, on loan from Brighton, said: “I love seeing it. Listen, there’s been ugly scenes and that’s not really what Celtic is about.

“The stuff with them backing you, it gives you goose bumps.

“I wish the stadium was full and I could really experience it, but I’m hoping I get the chance.

“We know they are always behind us. As any supporter is, they are frustrated as they know there is a lot more in the team and we haven’t shown it.

“We’ve had a terrible Europa League, the Rangers game and a couple of draws.

“They are frustrated and I understand it. I’ve grown up with it all my life.

“You just put it aside and get back to basics to try and get this team flowing again and get on a roll.”

Manager Neil Lennon described the fans backing as “wonderful” and “appreciated” by the players.

He said: “We just want unity. We understand the fans’ frustrations. We’re out of the League Cup and we’re out of Europe, so now we concentrate on the league and Scottish Cup.

“So it’s important that the fans get behind us, but we have to replicate that with performances and results.

“So it has been a good day but that’s all it has been so far. It won’t placate the majority of the fans because of that position we are in, so we have to work at it and make it better.” 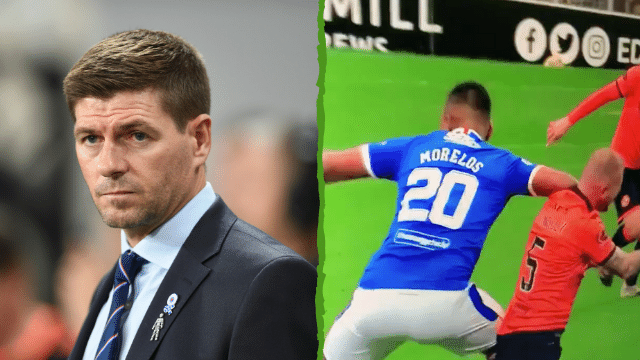 Football
2 hours ago
By Emmet Bradshaw
Anthony Stokes Is On Trial With Shamrock Rovers
Football
1 week ago
By Gary Connaughton
Report: Celtic Eyeing Move For Experienced Premier League Goalkeeper
Football
1 week ago
By Gary Connaughton
The Unknown Ange Postecoglou Actually Has The Pedigree To Be Successful At Celtic
Popular on Balls
Rugby
13 hours ago
By PJ Browne
Six Irish Players Named In Lions Team To Play Japan
Football
12 hours ago
By Donny Mahoney
This Tweet From UEFA About Inclusion From 2019 Has Aged So Badly