After The Year From Hell, Shane Duffy Has Gotten His Mojo Back

After a tough year both on and off the pitch, Shane Duffy seems to be very much on the road to recovery.

After his disastrous loan spell at Celtic, few expected to see the Derry man line out for Brighton in the Premier League this season. Despite this, he has taken the opportunity that has presented itself.

Duffy put in an excellent performance in their win over Burnley last week, earning man-of-the-match honours. We were hoping that he would be able to follow that up with a strong showing against Watford this evening, with things going even better than we could have anticipated.

The defender would score Brighton's opening goal in a 2-0 victory, producing a stunning header from a Pascal Gross corner.

This was a PHENOMENAL header from Shane Duffypic.twitter.com/PvMNm5gdzR

In terms of his performance at the other end of the pitch, Duffy was not asked all that many questions by a fairly poor Watford side. However, he did comfortably deal with what few challenges presented themselves.

It was also encouraging to see his play on the ball. Having long been criticised for his lack of ability on possession, the 29-year old looked notably more comfortable with the ball at his feet.

It is certainly no coincidence that this has coincided with the return of his self confidence. That is something that is required when playing the ball out from the back, with Duffy pulling off a few passes this evening that there is no way he would have even attempted last season.

Speaking to Sky Sports after the game, Duffy shared just how delighted he was to pull the Brighton shirt back on again.

You've to believe in yourself. That's what I've done.

It will take a lot to keep me away. Unless I'm told otherwise I'm going nowhere.

I'm just delighted with the club. They've given me the chance to help me and get me back. I owe a lot to this club, so I'm taking it game by game, step by step.

If I can help the team in any way, I will. Whether it's playing or not, it's my role to help people out. That's what I'm going to do...

I've done it all my career (proved doubters wrong). Everyone has doubts about them, but I've come a long way in my career.

I still have to do it. I'm turning 30 next year and I'm still trying to prove people wrong. I thrive off it, I enjoy it.

I know what I can bring to a team and my qualities. The manager believes in that, the players believe in it. That's all I can do.

His manager Graham Potter also said that he has been a "breath of fresh air" around the club since his return.

It's clear that Duffy has gotten his mojo back, something that has happened at the perfect time as Ireland face into three vital World Cup qualifiers at the start of September.

Despite being a key player for Ireland for the last number of seasons, the Brighton man had fallen down the pecking order after the turn of the year. John Egan is now Stephen Kenny's first choice at centre back, while Dara O'Shea has been very impressive since making his international debut.

Seamus Coleman also provides some competition if Ireland are to use a three-man defence.

However, it is now clear that Shane Duffy can also thrive in that system. He has been the anchor in Brighton's three-man defensive unit over the last couple of games.

Ireland will need his experience in the weeks ahead. They are likely to be doing the vast majority of the defending during the trip to Portugal, while a strong performance will also be needed at the back for the visit of Serbia to the Aviva Stadium.

Duffy's ability at the other end of the pitch could also be invaluable considering Ireland's struggles in front of goal in recent times.

Considering how tough the last year has been on him, you can only smile to see the defender in this sort of form.

The old Shane Duffy is back. That's something that can only benefit Ireland. 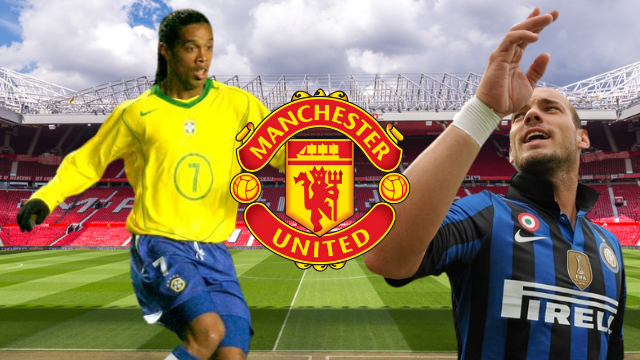 Football
7 months ago
By Jonathan Byrne
Duffy's Redemption Complete As Potter Won't Replace £50 Million White
Football
8 months ago
By Andrew Dempsey
A Debut At 14 To Brighton's First Team At 16, The Rising Star Of Evan Ferguson
Football
8 months ago
By Andrew Dempsey
Balls Remembers: The Wild And Abandoned 2001 Friendly Between Brighton And Longford Town
Popular on Balls
Football
1 day ago
By Eoin Harrington
'Ronaldo Is A Cod' - Remembering Eamon Dunphy's Infamous 2008 Rant
GAA
17 hours ago
By PJ Browne
The Draw Has Been Made For Tailteann Cup Opening Rounds
GAA
1 day ago
By PJ Browne
Donal Óg Cusack Defends Dublin Hurlers After John Mullane Criticism
The Rewind
2 days ago
By Eoin Harrington
Watch: Brilliant Dermot Morgan Dublin Segment From 'The Travel Show' Resurfaces