Against The Toughest Of Opposition, Duffy And Coleman Shone In Dublin On Thursday Night

Thursday night was a night when all of the Irish sporting world had its attention on the Aviva Stadium, for a multitude of reasons. Could Ireland handle the likes of Cristiano Ronaldo, Bruno Fernandes and co. on this powerful Portuguese team for the second time in just over two months? Could Stephen Kenny continue the progression he has brought to this Ireland team? How would the return of a full house for the first time in 724 days spur on the Irish side?

But, in the end, what shone through more than anything was how effectively Ronaldo was shackled by Ireland, with Shane Duffy and Seamus Coleman stepping up in style at the heart of the Irish defence.

Shane Duffy and Seamus Coleman had nights to remember against Portugal

Manager Stephen Kenny reserved special praise for John Egan after full-time, saying he felt the Corkman deserves to be playing Champions League football. It was a fair statement, with Egan just having put in yet another outstanding shift at the back for Ireland - if they continue, it won't be long before bigger challenges at club level come knocking.

But his two centre-back partners were equally deserving of such special praise. Despite the questions of how he fits into Manchester United's setup, Cristiano Ronaldo has been banging in the goals for the club since rejoining in August, and the biggest challenge for the Irish defence was containing his goal scoring threat - a threat Ireland are all too familiar with after September's heartbreak in Faro.

Ronaldo was given absolutely nothing by any of Ireland's defensive players all night - with Coleman and Duffy contributing two particular highlights. In a game when Stephen Kenny's men largely nullified the Portuguese attacking threat, the standout moment was Seamus Coleman's heroic last-ditch block on a Ronaldo shot early on, which led to an Ireland attack.

It should be remembered that Seamus Coleman does not regularly play centre-back at club level and, until the arrival of Stephen Kenny, had seldom gone near the position for his country either. Despite his obvious ability, it's tricky for any player to move into an unfamiliar position.

Though it was borne out of a necessity to work both Coleman and Matt Doherty into the team, the decision to trial Coleman at centre-back has had fantastic results for Kenny - and it's now hard to picture anyone else on the right of Ireland's three at the back.

Alongside him, however, there is one man who has been the shining light of the past few months for Stephen Kenny's side. After a year from hell, Shane Duffy is well and truly back, playing with a confidence and assuredness we've not seen at the back for Ireland in years.

Duffy has also been consistently solid for a Brighton side enjoying an excellent Premier League season this year, and his form has helped stop Ireland from leaking goals, with Thursday night a third clean sheet in a row for the side.

What is most noticeable, though, is how much more assured on the ball Duffy and his defensive partners are, with passes pinged around with precision throughout the night on Thursday. I mean, could any of us really have imagined Shane Duffy pulling off a Cruyff turn on Ronaldo this time last year?

It would appear even Shane Duffy himself couldn't picture it, given his post-match interview with Virgin Media.

If you think I used one of my interview opportunities with the Ireland team to ask Shane Duffy about cruyff-turning Cristiano Ronaldo then you would be damn right #COYBIG pic.twitter.com/y7Dsns3B6K

Despite Duffy's assertion that he merely "panicked" before pulling off the slickest Cruyff turn in the history of football, it was another emblem of how assured this new Ireland team are when in possession of the ball.

Kennyball is taking hold and, though it may be the likes of Callum Robinson and Chiedozie Ogbene up front grabbing the headlines, it all comes from the stability afforded by the rocks at the heart of the Ireland defence. In Coleman, Duffy, and Egan we trust. 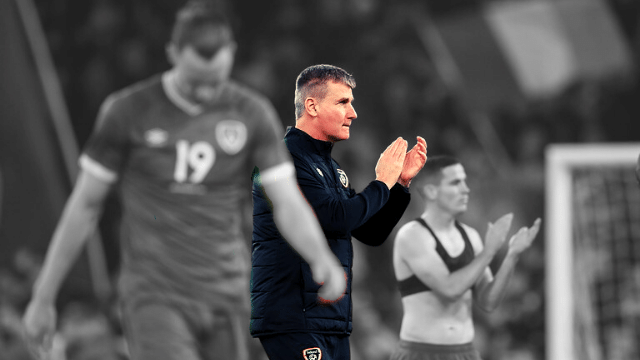