As goals continue to prove elusive for David McGoldrick and Shane Long, Ladbrokes ambassador, Kevin Doyle, has hailed the other attributes in their respective games while also pin-pointing possible reasons for the paucity of scores.

Nevertheless, despite showcasing a work ethic that has been widely lauded, particularly McGoldrick, Doyle has claimed that they need to get a goal from somewhere in order to shrug off any unwelcome scrutiny that may start coming their way.

McGoldrick has been omnipresent in the Sheffield United team this season, but has yet to register a Premier League goal. It looked like he finally broke his Premier League duck against Tottenham last month, only for the goal to be ruled out by VAR. 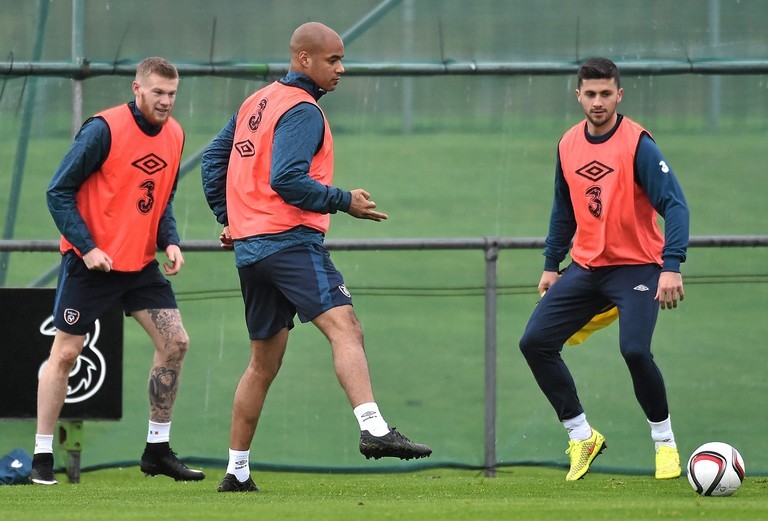 Meanwhile, Shane Long hasn't got on the score sheet in the Premier League since April, when he managed four goals within the space of a month.

Speaking on The Buildup this week, Doyle claimed the players' industry may be impacting on their ability to score, as well as the building pressure that comes with a fallow period.

As a striker it's so important to keeping notching, get a goal, take a penalty, do something - keep yourself, every few games, on the score sheet. That allows you the freedom to do what David and Longy are doing without the scrutiny of you having not scored in a few months or whatever it may be.

For those teams to survive they need centre-forwards that are doing what David and Longy are doing, but then they need other people to score goals.