Ex-Man City Defender Is Full Of Praise For Shane Long

As the weeks count down to Ireland's crucial Euro 2020 play-off against Slovakia, Mick McCarthy could do with as many decent attacking options as he can get.

The future looks promising with a growing list of emerging young talents from Ireland's youth teams, including the likes of Aaron Connolly, Adam Idah and Troy Parrott who are threatening to break through at club level.

But McCarthy doesn't have the luxury of investing in the future, he needs to get results now. So it has been a timely return to form for one of the old guard, Shane Long, who had fallen down the pecking order of Ireland strikers in recent times.

Long's last international goal came in October 2016 against Moldova and he is yet to feature in this Euro 2020 qualifying campaign under McCarthy. But in recent months his performances in a resurgent Southampton side have earned him the public praise of manager Ralf Hasenhuttl. 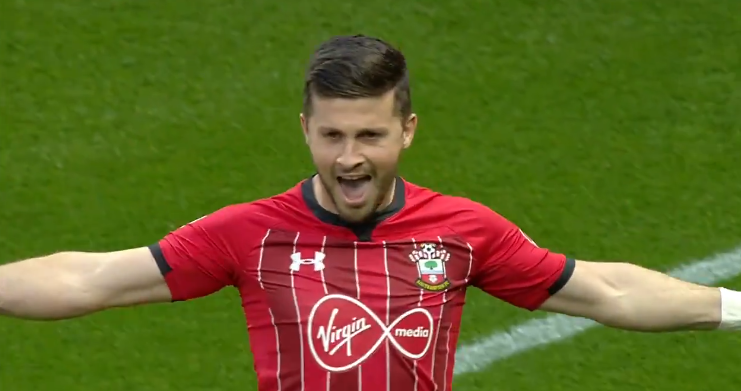 But the praise hasn't stopped there. In an interview with The Athletic, former Manchester City and Everton defender Eliaquim Mangala discussed the challenges he faced during his time in England. Mangala, now with Valencia, largely struggled in the Premier League having joined City for £32 million in 2014.

Pointing to the physical intensity of the Premier League, he was quick to single out the Tipp man when asked which opposition strikers surprised him the most during his time in England.

Shane Long! If you see him, you feel like he is quite small but he is so fast. He jumps, he runs, he presses and you feel like 'WHAT!?' You don't see this kind of striker in Spain or Portugal, running, jumping on you, constantly trying to unsettle and beat you. That's what makes the Premier League so different.

Shane Long's recent run in the Southampton team owes to that consistent work ethic which he has displayed throughout his career, but as ever the question marks around his ability to score goals remain, with just one in the league so far this season.

It has been more than four years since his career defining goal against Germany, so this spring would be the ideal time for Long to reclaim his international place and deliver another big goal for Ireland.

SEE ALSO: Apparently Troy Parrott Missed Out On A Loan Deal Because of UEFA Rules

Premier League
9 hours ago
By Michael McCarthy
Quiz: Name The Irishman With The Most Premier League Appearances Per Club
1