A deal which would see Shane Long leave Southampton and join Bournemouth is a possibility before the transfer window closes at 11pm on Monday.

The Athletic reports that last-minute negotiations are taking place between Southampton and Bournemouth regarding a swap deal which would see Long join the Championship club on loan and Joshua King make the move to the Premier League for a 'small fee'. King's contract at Dean Court is due to expire this summer.

King, a Norwegian international, was a reliable source of goals for Bournemouth in the Premier League, hitting 48 in 161 appearances. Though, he is yet to score in the Championship this season.

Long has been at Southampton since 2014. This season, he has mostly been used as a substitute. Of his 11 Premier League appearances this season, just one - the St Stephen's Day draw with Fulham - has been a start.

A move to Bournemouth, which would likely see him getting more regular first team football, would be welcome from an Ireland perspective with the World Cup qualifying campaign beginning in March. It's said that the loan deal would come with an option to buy.

Bournemouth are currently sixth in the Championship, 12 points behind league leaders Norwich. 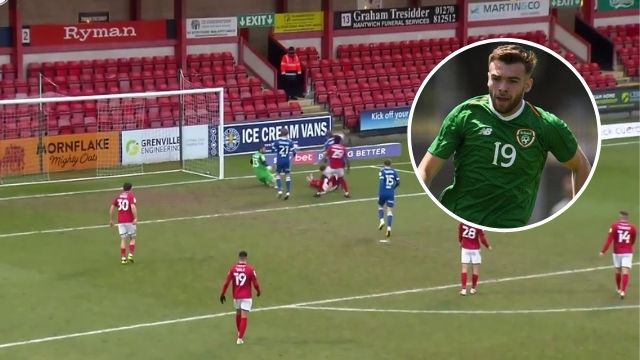 Football
1 month ago
By Gary Connaughton
Mark Travers Joins League One Club On Loan For Rest Of The Season
Football
8 months ago
By PJ Browne
'Chris Kamara Said On Live TV That I Was The Next Roy Keane'
Football
1 year ago
By Emmet Bradshaw
Watch: More VAR Madness As Bournemouth Goal Ruled Out For Penalty At Other End
Previous Next