Shane Ross is the gift that keeps on giving. The Minister for Sport has become known for his sporting gaffes in recent times, and he has added to that list today.

Speaking on Newstalk this morning, he astounded the listeners with his lack of knowledge on Irish football. The conversation turned to the appointment of the new Republic of Ireland under-21 boss, and Minister Ross was quick to extend his congratulations to "Shane Kenny" for getting the role.

At least he got Mick McCarthy's name right I suppose.

It was not the only name he got wrong in the interview, when he fondly reminisced about 'Shay Given's' famous winning goal against Germany in the Euro 2016 qualifying campaign. The Donegal man was a cracking goalkeeper, but goals were a rarity in his career.

Shane Long has had a tough time of it in a green jersey as of late, and to take that goal away from him is nothing short of cruel. 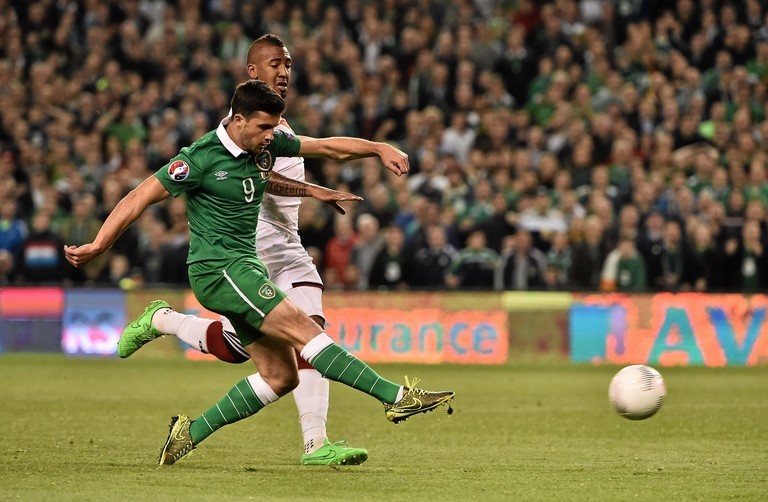 To drive home the fact that he was completely out of touch with Irish sport, stating that the Irish football fans were 'very happy' with the job the FAI are doing. If you say so.

This is not the first time Minister Ross has been the source of a sporting gaffe. He famously referred to Sanita Puspure as 'Dominant' Puspure in his press release after her gold at the rowing World Championships earlier this year.

He also tweeted a picture of himself alongside Johnny Sexton and Rob Kearney during the Six Nations homecoming, with the caption 'Congratulations and welcome home this evening to superstars Johnny Sexton and Dave Kearney.'

Rob Kearney had this cheeky response to the tweet.

Football
1 year ago
By Michael McCarthy
Minister Shane Ross Apologises To FAI Staff... Eventually And Kind Of
Football
2 years ago
By PJ Browne
Shane Ross Calls For John Delaney's Pay-Off Details To Be Disclosed
Football
2 years ago
By Maurice Brosnan
Shane Ross Confirms Entire FAI Board Will Step Down
Popular on Balls
Football
3 days ago
By Colman Stanley
Alex Ferguson Names His Greatest Captain, And It's Not His Most Successful Captain
Rugby
3 days ago
By PJ Browne
Trevor Brennan's Sons Played In The Same Top 14 Game At The Weekend
Football
1 day ago
By Gary Connaughton
Frank Lampard Reveals Ruthless Nature Of His Sacking At Chelsea
The Rewind
2 days ago
By Colman Stanley
New On Netflix Ireland: Your Guide To December's New Additions