Shay Given played with some of the most Premier League's most famous characters during a gilded career that spanned over 20 seasons. Kolo Toure, Balotelli, Stephen Ireland, Carlos Tevez: that's just at Man City.

The Lifford keeper also had the pleasure of playing with the great Duncan Ferguson while 'Big Dunc' played at Newcastle United from 1998 to 2000.

Given has opened up on the highs and lows of playing with Ferguson in a very entertaining interview with Si Ferry on the Open Goal podcast.

Ferguson's time at Newcastle was a frustrating one, with injuries putting pay to any hope he had of making a real impact at the club.

During his two-year spell on Tyneside, the current Everton assistant boss made 30 appearances for Newcastle, and scoring on eight occasions.

He still supplied Given with many hilarious memories. Whether he was robbing bottles of fancy champagne from Given's pantry or doing heavy work on the gym bag, Big Dunc was a memorable presence.

"He was brilliant. I loved Duncan," he added. "I was single at the time and one night they came back to my house and I had a bottle of Dom Perignon that I got for my 21st.

"We were having beers at the time, and he said 'I don't want this sh*t', and he copped this bottle of Dom Perignon in the press."

I had it stashed away and Duncan just went up and got it, and then he just opened it. I was devastated.

The funniest thing with Duncan was with the punchbag.

He used to kill the punchbag. You used to see some people on the pads but he was grunting with the punchbag, you wouldn't want a right hook off Duncan.

When he was at his peak he was a brilliant player, his problem was just staying away from injuries. You wouldn't mess with Duncan, no chance.

The most high-profile incident of which proved to be the time when both he and Alan Shearer were dropped by then Newcastle boss Ruud Gullit for a 19999 Tyne-Wear Derby between Newcastle and Sunderland.

Duncan Ferguson and Alan Shearer were both left out of the team, both on the bench. He played a young boy up front and we lost 2-1.

There was a fight to get into the office. Sexy football seemed a long way away at that point!

Alan was the king of Newcastle at that point and I think Ruud wanted to take that on.

Gullit was sacked not long after.

Given also discussed playing in the Champions League with Newcastle in 1997.

In his first Champions League game, he came up against Barcelona, in an incredibly famous game that Newcastle won 3-2.

"I played against Barcelona in one of my first games at home," he added. "They had Rivaldo, Luis Figo and Van Gaal as manager; they had some big personalities.

They basically rolled into Newcastle and thought all they had to do was turn up and we went 3-0 up. The atmosphere was the best I ever played in.

That night was amazing. I could've shouted at you and you wouldn't hear me, you couldn't describe how amazing it was.

They brought it back to 3-2 but it was a fantastic result because we were new to the Champions League and they were what they were.

SEE ALSO: Wenger Not Ruling Out A Return To Management After England Job Snub 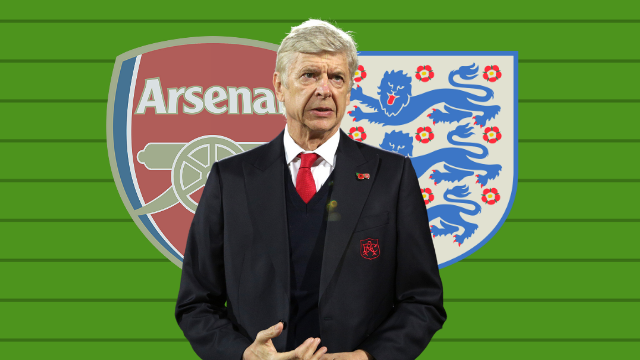