Shay Given has admitted that the reason he left Celtic was because of a 'horrendous' contract offer after completing his apprenticeship at the club.

Given joined the Bhoys aged sixteen after growing up in Lifford, Co. Donegal.

That move to Celtic came after the Donegal native rose through the ranks in the North-West of Ireland.

He linked up Celtic's first-team squad during pre-season in 1991, where he impressed suitably.

As a result, he made his move to Celtic Park official shortly after, where he cut his teeth at the club with Donegal goalkeeping idol Packie Bonner.

"It was really difficult the first year because I wanted to be at home with my family and friends. At 16 you don't really see the bigger picture.

It was the chance of a lifetime and you might never get it again. Where I'm from in Donegal is in the middle of nowhere, so I did well for someone to even see me up there.

The club was in a mess to be honest. The average gate was between 17-18,000, and the stadium wasn't developed by then.

Packie was brilliant with me being from Donegal. I tried to get a few gloves off of him, but he never got the hint!

His time in Glasgow was cut short, however, two years after joining the club.

Having impressed at Parkhead, Given decided to move on to pastures new as a result of a 'horrendous' contract offer from then manager, Lou Macari.

"My contract was up and Lou Macari wanted to keep four, five or six of us on," Given told Si Ferry's Open Goal Podcast this week.

They offered us all the same contract and my dad said ‘you are not signing that’ - it was horrendous.

I was going from an apprentice to a pro and it was something like 20 or 30 quid more, I was signing pro but you’d get more playing in the League of Ireland.

I had faith in my own ability and if I hadn’t made it at Celtic then I would have somewhere else, albeit that I wanted to stay at Celtic.

At the time, Given was little more than a prospect at the club, and failed to make a senior first team appearance for Celtic.

Despite that, his incensed father told Given to reject the offer, leading to a move to Blackburn in '94.

"But they said take it or leave it so my dad said that we’ll leave it.

That was as black and white as you could get but he was right at the time. There was no coming back from that.

I was getting 100 quid a week as an apprentice and they offered me something like 130 or 150 quid. I had to pay half in digs.

My dad was quite angry with it really to be honest. We thought that was their opening offer and they’d come back like in any negotiation but that was a wrap.

What might have been. Given never became Celtic's next great Donegal goalkeeper but he would make a name for himself in the Premier League.

Listen to the entire podcast to a boatload of fascinating stories from Given's long career. 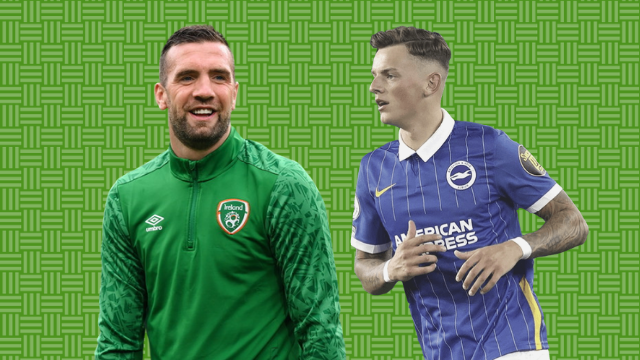