Tomorrow marks the 19th anniversary of Roy Keane's decision to leave the Ireland World Cup camp in Saipan. We're sure you're probably familiar with the incident.

It was a tipping point for Irish football, forever altering the reputations of Keane, Mick McCarthy, and Ireland's international setup.

So much has been said about what happened on that Japanese island in the intervening years, but it is always to interesting to hear what those who were actually there at the time have to say.

Shay Given was one of Ireland's key players at this time. In his 2017 autobiography Any Given Saturday, he goes into detail about what exactly happened in Saipan. While the conditions the players were subjected to during their training camp was the ultimate reason for Keane's departure, Given claims the Manchester United midfielder was out of sorts well before that.

To me, Roy had seemed a bit off, a bit distracted for the entirety of the build-up to the World Cup, even from the moment we left Ireland. He complained about how chaotic our preparations were and, to be fair, he had a point.

If you believe in omens there were plenty to choose from. When we got to Dublin airport for our flight, it was bedlam, full of fans, the Taoiseach, Bertie Ahern, was there for some reason — was it election time? — and there were people dressed as leprechauns with Guinness hats on, you name it.

I've never minded being with the fans, signing autographs and posing for photographs but Roy was never as comfortable with the public as most of us. Roy has an edgy personality and I think he was shielded from having to do too much of it at Manchester United.

He just felt uncomfortable with the circus at the airport that morning, which was fair enough and totally understandable. People want a lot of Roy and sometimes he doesn't want to give a lot back...

The way he was acting now felt different. He seemed to be making a big deal out of absolutely nothing and finding problems where there were none. To me, it felt like he was deliberately cutting himself off from the group.

I don't know if he was missing his kids or his family or his dogs but nothing seemed to please him. He wasn't in a happy place. I can't tell you what Roy's mentality was but to me it seemed that he just didn't want to be there.

We're all human and there are players who don't like being away from home, stuck in hotels and I'm not saying Roy is like that but, for me, it was clear something wasn't right with him...

It's a timing thing for me. Nothing matters more than playing in a World Cup for Ireland — I'd would've jumped in a canoe on the Liffey and paddled there myself if that's what it took to get to South Korea and Japan — so surely to God we can put anything and everything to one side for the good of the job that's in front of us?

Crossing that white line and representing Ireland should've outweighed every other issue.

It's fair to say Given was very much in the 'Keane should have played' camp.

SEE ALSO: FIFA's New Proposals Would Ruin The Magic Of The World Cup 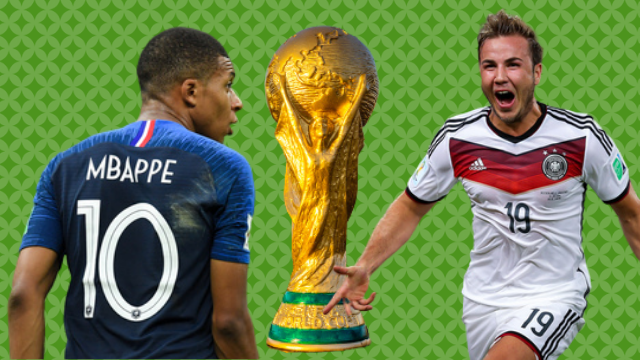 Football
4 weeks ago
By Gary Connaughton
Mick McCarthy Full Of Praise For Cardiff Player After Ireland U21 Call-Up
Football
2 months ago
By Andrew Dempsey
How Mick McCarthy Ended Up Naming His First Ireland Starting XI At An Inchicore Pub
Football
3 months ago
By Eoin Harrington
What If EURO 2020 Had Actually Taken Place In 2020?
Previous Next