Norwich City prospect Simon Power made his first start for Dutch club Dordrecht and played a crucial role for the side during their 3-3 draw against Ajax II.

The winger is just 20-years-old and joined the club last January on loan. 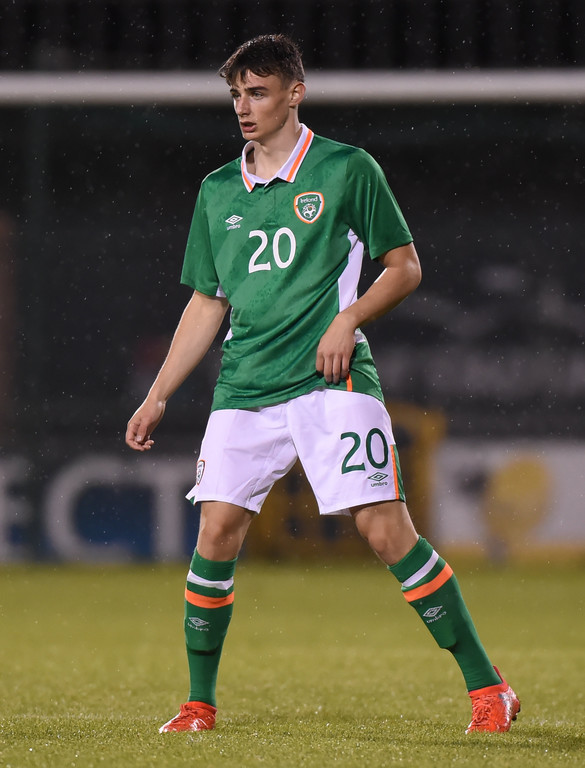 The Irish U21 player recently signed a three-year contract with Norwich before leaving on loan for the Dutch second tier side. Power scored one and nearly nabbed another in what was his first taste of senior football. The former UCD man also demonstrated his superb dribbling and delivery over the course of the game.

“It was a really good night, my first start for Dordrecht and my first ever professional debut,” Power told RTV Rijnmond. “I’m happy to contribute to the team with one goal but we were unfortunate not to get a win in the end – but Ajax are a very good side so we’ll take the point.”

Football
5 months ago
By PJ Browne
Farke Had 'Proper Outburst' With Adam Idah During Norwich Training
Football
7 months ago
By Sean Meehan
Norwich Manager Explains Why Adam Idah's Involvement Has Been Limited
Football
1 year ago
By Balls Team
Idah 'Over The Moon' And Unlikely To Go On Loan After FA Cup Hat-Trick
Popular on Balls
Athletics
1 hour ago
By Emmet Bradshaw
Drama After The Finish Line In Men's 1500m Final At European Indoors
Horse Racing
19 hours ago
By Gary Connaughton
Gordon Elliott Receives 12-Month Ban, With Six Months Suspended, Following Controversial Photo