Sky Is The Limit For Michael O'Neill At Scotland, If His History Is Anything To Go By

After narrowly missing out on qualification for the 2018 World Cup, O'Neill's six year spell with Northern Ireland has seen the status and demand for his services increase significantly.

A cursory example of his and Northern Ireland's progression may be measured in world rankings. Shortly after taking over in 2012, Northern Ireland hit a record-low of 129th in the world.

Were O'Neill to resign tomorrow, he would leave them over 100 places higher in 23rd.

More tangible is the fact that under O'Neill, Northern Ireland became the first fifth-seed team to top a European Championships qualifying group - a remarkable achievement.

It is little wonder that Scotland, a country far better equipped to handle the rigours of international football than Northern Ireland - or, indeed, the Republic of Ireland or Wales - are seeking the services of a manager who could feasibly help them realise this potential.

Sleeping giant though they are not, Scotland's last experience of a major tournament came in France '98; a disappointing return for a country that had reached every World Cup between 1974 and 1990.

Questions pertaining to a missing generation of great players, the effect Celtic's domestic dominance has on the national side, and how Scottish fans (and players, perhaps) can overcome their fatalistic outlook to the big occasions, will not be quick fixes.

However, the Lazarus-like regeneration Northern Ireland have enjoyed under O'Neill is not an isolated case. With Shamrock Rovers, the closest Ireland has to a dynastic kind of domestic power, O'Neill demonstrated his ability to operate in circumstances where the expectations are far from humble; but the reality scarcely suits such demands. 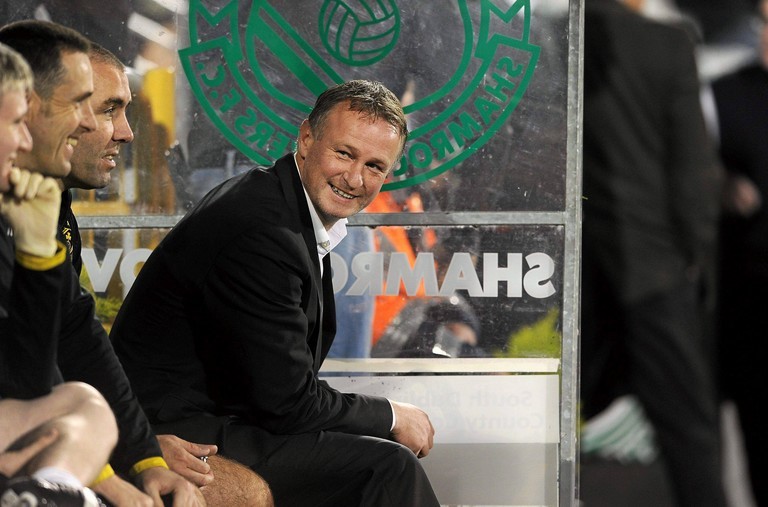 O'Neill's appointment at Shamrock Rovers coincided with the club's return to Tallaght; the Tallaght stadium finally opening in 2009.

Having endured a relatively barren period that saw the club fail to win a league title since 1994, O'Neill's arrival signaled an almost instant upturn in fortunes.

From his prior role with Scotland's Brechin City, O'Neill brought with him the Scottish forward Gary Twigg. Perhaps the decisive player in Rovers' ascent under O'Neill, Twigg would go from being the first player to score in the new Tallaght stadium to averaging out over a goal a game in his four seasons with the club.

Reminiscent of Mark Hughes in his execution, Twigg's goals would drive Shamrock Rovers to within 4 points of league winners Bohemians in 2009.

Having made competitive inroads at this first attempt, O'Neill's remaining two years with the club marked the astounding resurrection complete.

Successive league wins and a Setanta Cup were the precursor to a European adventure the like of which no Irish club had witnessed in many years.

Their second-placed finish in 2009 placed the club among the Irish contingent battling it out in the Europa League playoffs in 2010/11. Having overcome the Israeli side Bnei Yehuda, Shamrock Rovers were handed a tie against Juventus.

Largely unwinnable, the experience was nonetheless as fortuitous as it was beneficial practically.

In the 2011/12, the club became the first Irish side to reach the group stages of a major European competition. Though they did not break the ground Dundalk would a few years later, the advances O'Neill's side made were tangible, and, perhaps, in accordance with where a club of Shamrock Rovers' size feels it ought to be.

Such experience would be vital in the harsh and often delusional microcosm of Scottish football. 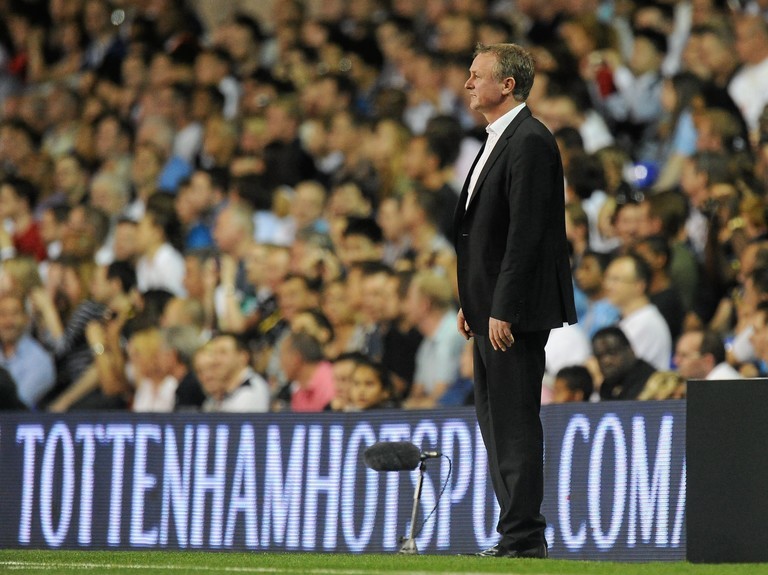 While there are those that will question a) O'Neill's decision to leave a national team for another national team that they are out-performing and b) his reluctance to engage once more with club football at a considerably higher level than he has previous experience of, it would be an appointment that may best suit all parties involved.

As was alluded to previously, O'Neill's impact with Northern Ireland has probably hit a peak that cannot feasibly be repeated or surpassed. With an aging squad, a relatively tiny population and the fear that promising players they do develop take up the opportunity to represent the Republic, Scotland, for all their current woes, possess promise that Northern Ireland are never likely to rival long-term.

Regarding a potential move into - more than likely - Championship level football with an English club, the attraction is obvious, and the potential rewards incredible.

Yet, with a wariness that may be shared by Chris Coleman of Wales, the good work that is achieved at international level is often quickly overlooked if a club role fails to deliver on expectation.

Similarly, how far would O'Neill need to rise before feeling the kind of exaltation that came with bringing a team to a major international tournament; let alone his own nation.

With the next competitive games some way off for both Northern Ireland and Scotland, this may by no means be a quick process. However, should O'Neill decide to embrace the interest being directed his way by the Scottish FA, it is by no means unfeasible that success will follow O'Neill once more - his spells north and south of the Irish border give reasons to be confident of that.

See Also: "Are You Taking The Piss?" - Class Of '92 & Friends Were Very Angry With Penalty Decision