Scouting Slovakia: What Ireland Can Expect In Next Month's Playoff

With Ireland's playoff with Slovakia exactly a month away, the time is ripe to scout our opposition ahead of that crucial date with destiny.

The Slovaks, led by manager Pavel Hapal, were extremely consistent in their team selection during last year's qualifiers and will probably stick the tried and trusted against Mick McCarthy's charges.

It's a bit of a mixed bag for Ireland in that there is good and bad news.

The good news is that a number of Slovakian players lack match sharpness. Many of their regular starters during their qualifying campaign ply their trade in far-flung places like China and the USA and have not kicked off their latest seasons.

Others find themselves down the pecking order at their respective club due to injury or lack of form and can't possibly be up to international speed.

The bad news for Ireland is that the Slovaks boast a far better team than Ireland, particularly in core positions. Their centre-half pairing comes from Lazio and Inter Milan, while their midfield is made up of a trio that are all comfortable playing at the highest level and at a far higher technical level than Ireland can aspire to.

Up front, Slovakia put faith in an up and coming young striker with a knack for scoring key goals.

Here are the basic details about our opponents.

Position in qualifying: 3rd (behind Croatia and Wales)

Without further ado, let's take a look at their most-commonly selected players in qualifying.

A name familiar to Irish football fans, Hamsik has moved away from the public eye since his move to Dalian Yifang in China in February last year, but he still remains his country's talisman.

However, his form is hard to gauge given that the Chinese Super League has been postponed due to the outbreak of Coronavirus.

We can only hope that he will be equally uninspiring against Mick McCarthy's men in March. 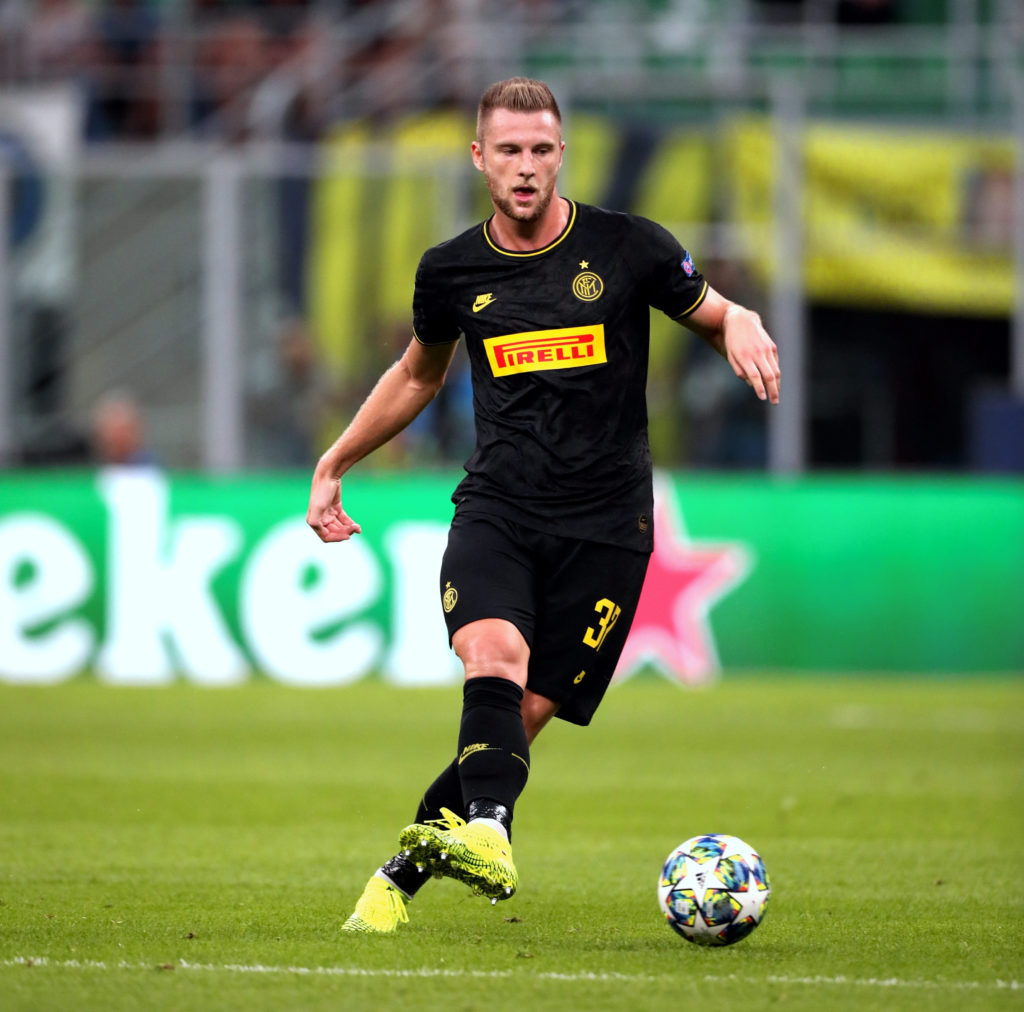 Skriniar is arguably the most in-form player in the Slovakian set-up. The centre back has established himself as an integral part of Antonio Conte's title-chasing Inter Milan side.

Inter boast the best defensive record in Serie A and that can only be ominous for goal-allergic Ireland.

On a slightly more encouraging note, Skriniar has only managed to keep one clean sheet in his last eight starts for the Italian giants and hopefully, that trend will continue until this time next month.

The only regular Premier League starter to feature for Slovakia, Dubravka has established himself as one of the best goalkeepers outside the top six.

He's been largely responsible for Newcastle's lofty position in the league and some of the saves he's pulled off in recent away games against Wolves and Crystal Palace have been truly remarkable.

Having said that, he is prone to an error or two and his positioning was questionable for Patrick Van Aanholt's winner last weekend, while he made howlers in comprehensive defeats to Arsenal and Manchester United.

Lobotka  sealed a €24 million move to Napoli from Celta Vigo last month and adds real pedigree to the Slovak midfield.

The defensive midfielder has completed 96% of his passes since moving to Naples. He was regarded as one of Celta Vigo's most important players.

Napoli beat off competition from Arsenal and West Ham for his signature and he brings a wealth of defensive components to Slovakia's midfield.

Lobotka's presence allows the likes of Hamsik to go forward on a more regular basis, which can only be bad news for Ireland. Lobotka has featured in two games for Napoli, including their win over Juventus, but did not feature for Napoli against Barcelona this week

Bozenik recently secured a €4.6 million move to Feyenoord from MSK Zilina in January and the 20-year-old has hit the ground running.

The centre-forward has made just two league appearances for the Rotterdam-based club but has grabbed the winner in both games as Feyenoord closed the gap on second-placed AZ Alkmaar.

Bozenik was in equally red-hot form at the end of Slovakia's qualifying campaign, scoring the opener in their last two games against Croatia and Azerbaijan.

He's likely to start given that Ondrej Duda, his main competition, has made just five appearances since moving on loan to Norwich.

Bozenik is definitely one that the Irish centre-halves will have to keep an eye on.

Mak has been a mainstay in the Slovakian team for the best part of a decade.

He has normally operated on the left-wing and the Konyaspor forward has registered 12 goals in 58 international appearances.

He is yet to make an appearance this season, however, and recently moved to Turkey from Zenit St. Petersburg for that exact reason.

He started all but one of Slovakia's qualifiers and only missed out on their last game through suspension.

Rusnak operates on the opposite flank to Mak and, like Mak, he featured in all but one of Slovakia's qualifiers last year.

Like Mak, Rusnak hasn't played in months. He plies his trade in the MLS with Real Salt Lake and, as a result, hasn't played since last October.

He enjoyed a decidedly average finish to the season, scoring just twice in his last ten appearances.

The veteran midfielder started every qualifier for Slovakia last season and is enjoying a decent season with Parma this year.

Kucka missed out on the last two games through injury but started each of Parma's previous five games.

In total, Kucka has made 17 league appearances this season and found the back of the net on three occasions.

The combative and creative midfielder is a certainty to start against Ireland in March.

Continuing the trend of Slovakian players plying their trade in Italy, Denis Vavro is likely to be Milan Skriniar's partner in March.

The young defender has barely featured for Lazio this season and the Rome club has only managed one clean sheet this season in the 23-year-old's 11 starts.

He's struggled to break into a title-chasing defence and has been generally confined to the club's Europa League campaign.

However, he started Lazio's most recent Serie A outing, a 3-2 win over Genoa last Sunday.

He's clearly a bright prospect and forms a formidable partnership with Skriniar.

The 22-year-old left-back has barely featured for Sparta Prague this season but should start next month.

Hancko started each of Slovakia's qualifiers last year and even grabbed a goal in the 5-1 rout of Azerbaijan.

He's made just seven starts for Sparta Prague though, and only recently forced his way back into the starting XI.

The lack of minutes could work against him next month.

A regular starter in Slovakia's qualifying campaign, Pekarik's season has been plagued with injuries.

The veteran right-back has made just one league start for Hertha Berlin this year, but he seems to be on the mend now.

He remains a doubt to start in March, but Pekarik brings experience on the right flank.

See also: 'Scott Has Really Got Himself Back Into The Picture For Slovakia'