It will be interesting to see what Manchester City do with Gavin Bazunu this summer.

Having impressed out on loan over the last couple of seasons, it is clear that the Irishman has a huge future in the game. However, his path to first team football at The Etihad is being blocked by Ederson. At 28-year old, it is unlikely that the Brazilian will be going elsewhere anytime soon.

Bazunu has made it clear that regular first team football is his priority, meaning he will likely be on his way out of City in the months ahead. The only question is whether it will be on a temporary or permanent deal.

The player's contract could be the decisive factor in that decision. The Dubliner has two years remaining on his current deal and may not be all that keen on putting pen to paper on a new pact while there is little prospect of him becoming no. 1 at the club. As a result, City are likely to consider offers this summer.

One Premier League club are already showing an interest.

Talksport are reporting that Southampton are keen to sign Gavin Bazunu on a permanent deal this summer.

The Saints are keen to find a long-term solution at the goalkeeping position, with Alex McCarthy and Fraser Forster splitting time in the position this season. Both of that pair are approaching their mid-30s, with the latter's contract set to expire at the end of June.

It is claimed that Southampton have been very impressed with Bazunu's progress during his time on loan at south coast rivals Portmouth, while he has also caught the eye with his performances for Ireland over the last year or so.

The opportunity to establish himself as a no. 1 in the Premier League could be too good to turn down for the 20-year old, even if he previously said he believes he can become first choice at Manchester City.

Now certainly seems like the time to take the next major step in his career, which is playing at the top level on a weekly basis. This deal could certainly suit all parties involved and would be an exciting one for Ireland supporters. 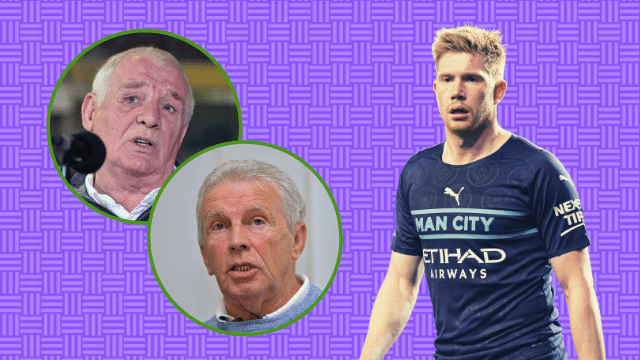 Football
1 week ago
By Gary Connaughton
Gavin Bazunu 'Open To Everything' Next Season Ahead Of Manchester City Return
Football
3 weeks ago
By Jonathan Byrne
Portsmouth Boss Blasts Gavin Bazunu's 'Ridiculous' Team Of The Season Omission
Football
1 month ago
By Gary Connaughton
Portsmouth Manager Not Looking Forward To A Future Without Gavin Bazunu
Popular on Balls
GAA
1 day ago
By PJ Browne
The Draw Has Been Made For Tailteann Cup Opening Rounds
GAA
2 days ago
By PJ Browne
Donal Óg Cusack Defends Dublin Hurlers After John Mullane Criticism
The Rewind
3 days ago
By Eoin Harrington
Watch: Brilliant Dermot Morgan Dublin Segment From 'The Travel Show' Resurfaces
Football
3 days ago
By Eoin Harrington
Alan Shearer Says Roy Keane "Ran Away" From Him After Famous Clash